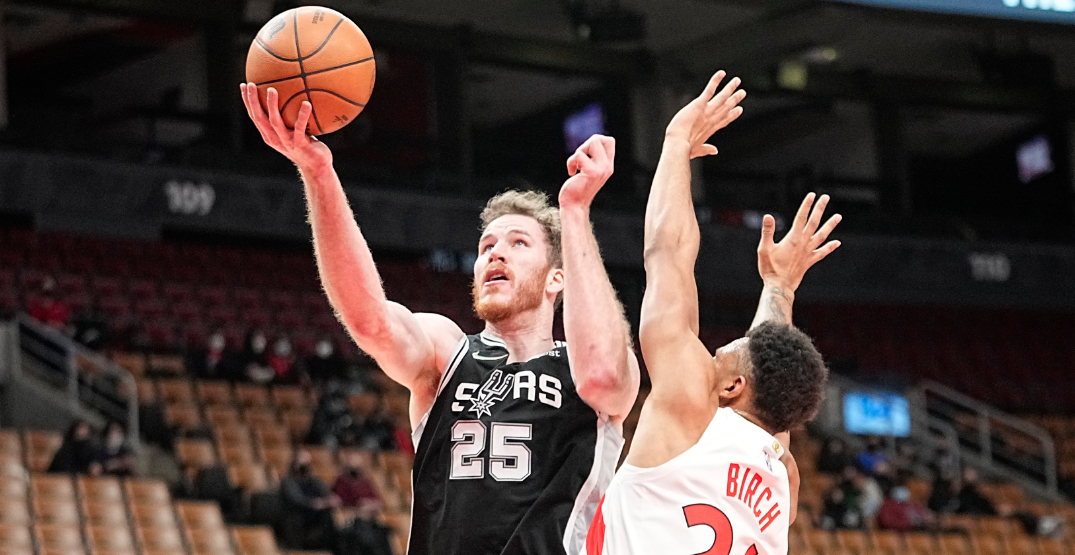 The Toronto Raptors are reportedly in on San Antonio Spurs centre Jakob Poeltl, according to NBA insider Marc Stein.

The Raptors originally selected Poeltl 9th overall in the 2016 NBA Draft, and traded him to the Spurs as part of the deal that brought Kawhi Leonard to Toronto in 2018.

“The Raptors’ recent 11-4 surge propelled them into Eastern Conference playoff contention, and they have been looking for centre upgrades for some time,” Stein wrote in his newsletter.

The latest NBA trade winds via my freshly dispatched This Week In Basketball column you get every Friday: https://t.co/3A6WkA2xpL

The 7-foot-1 Poeltl is currently having the most productive season of his NBA career. He is averaging an NBA career-high 12.4 points with 8.8 rebounds and 2.7 assists per game, and is shooting at 59.7 percent.

He isn’t the only center the Raptors have been linked to in recent days. Toronto is in trade discussions that could send OG Anunoby to the Indiana Pacers in exchange for Myles Turner, according to Evan Massey of NBAAnalysis.net.

The Raptors have been lacking in big men since Serge Ibaka and Marc Gasol left as free agents in 2020. Toronto doesn’t have a regular in the lineup taller than 6-foot-9.

The Raptors are 20-19 and ninth in the NBA’s Eastern Conference on the season, but trail the Chicago Bulls by just 6.5 games for first.

The NBA trade deadline is February 10.