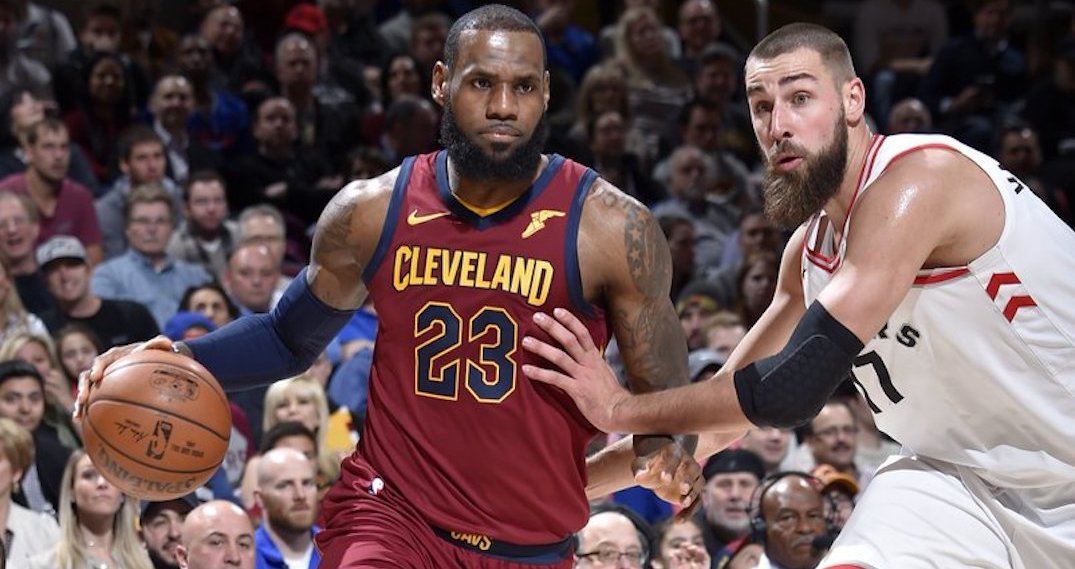 The Cleveland Cavaliers hosted the number one team in the East on Wednesday night, for a game that had Raptors fans sitting on the edge of their seats.

The showdown had some of the best players in the league, with the Raps taking control early on in the game thanks to barely missing a shot in the first half.

But LeBron James is not called ‘King James’ for no reason.

Although the Raptors’ 79 first-half points tied their franchise record for most points in a half, they were no match to the King in the final minute of the game.

The Raptors 79 first-half points tie their franchise record for points in a half.

It’s also the most points allowed in a half by one of LeBron James’s teams in his 15-season NBA career. pic.twitter.com/VZdY3kO9IX

But the points, according to ESPN, were also the most allowed in a half by one of James’s teams in his 15-season NBA career.

Nonetheless, with less than a minute to go in the game, only one point separated the teams with the Cavs leading 125-124, before James set up a 3-pointer from Kevin Love, and the Raps  fell 132-129.

“On top of us feeling like we played well enough to win, we still at the same time, felt like we played terrible,” DeMar DeRozan said after the game. “We didn’t make nothing tough on them.”

The Raptors remain the first in the East, and play the Nets on Friday.

The Cavaliers won despite allowing 79 points in the first half.

No team had won after allowing that many points in the first half since Nov. 7, 1990, when the Spurs came back to beat the Nuggets after allowing 90 first-half points. pic.twitter.com/HQov1z10Fe