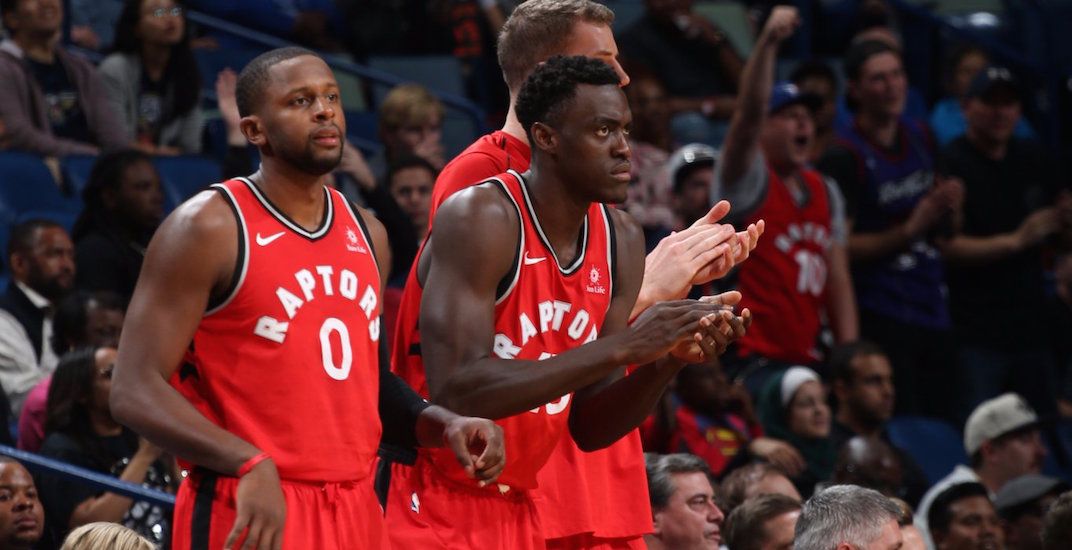 When the average NBA fan thinks of the Toronto Raptors, the two names that come to mind are Kyle Lowry and DeMar DeRozan, and rightfully so.

For those that follow the team closely though, it’s more than the All-Star backcourt making the Raptors click. A major surprise has been the play of their bench, which has lifted the team to championship contender status.

Four of the five members of the ‘Bench Mob’ — Fred VanVleet, Delon Wright, Pascal Siakam, and Jakob Poeltl – are homegrown talents, while C.J. Miles was brought in as a free agent.

The ‘Bench Mob’ lineup, through March 18th, has a win-loss record of 24-5, while outscoring opponents by 23.1 points per 100 possessions, the best mark among all lineups that have played at least 100 minutes.

All of them — excluding Miles — are having career years.

Miles, the so-called ‘Bench Dad’ is having a down-year as far as stats go, but is making a huge impact on his young teammates.

Masai Ujiri preached a ‘culture reset’ in the summer, resulting in the Raptors changing the way they played. With more of an emphasis on team play, Casey has reduced the minutes for DeRozan and Lowry, allowing the bench to flourish.

The bench lineup is averaging a ridiculous 118.6 points per 100 possessions when they are on the court. As well, they also rarely turn the ball over, which is a big reason why they are successful.

But will their regular season success translate to the playoffs?

Teams normally shrink the rotation from nine or 10 to seven or eight in the postseason, as there are more commercial breaks for the starters to get more rest throughout the game.

“I’m still looking for the manual that says you have to play eight guys,” head coach Dwane Casey told ESPN’s Zach Lowe. “Until someone shows me otherwise, we gotta be who we are.”

What they are, is a championship contender.