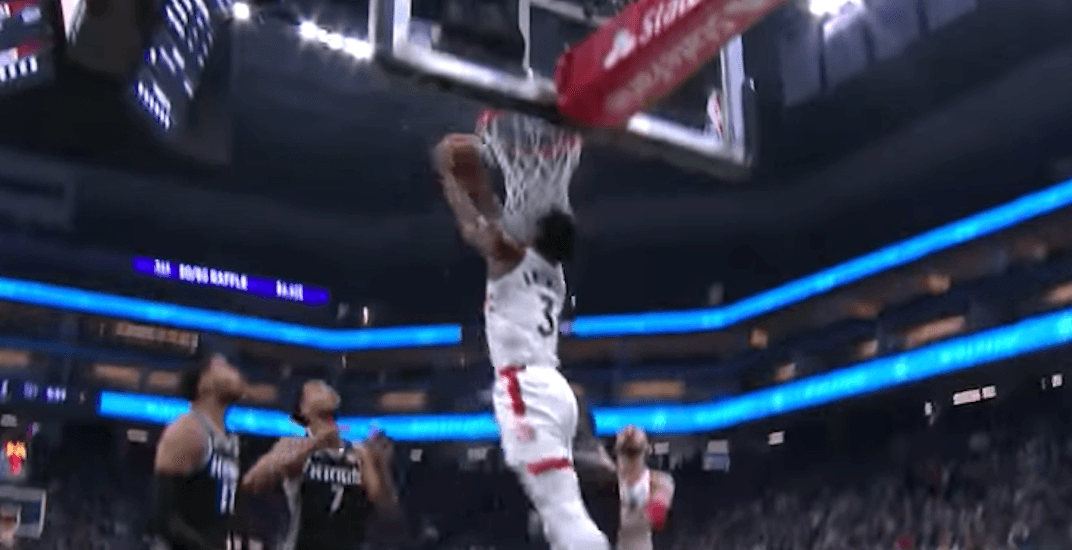 Wins and dunks are piling up for the Toronto Raptors.

The Raptors finished an impressive 3-1 on their short, Western Conference road trip, with big performances from their top guys.

As the W’s added up, the highlight dunks came too.

Here are the top plays from the last week:

The Raptors started their westcoast swing against a Memphis Grizzlies team that faced some serious drama after the firing of head coach, David Fizdale.

Memphis came to play, controlling much of the game with a double-digit lead.

However, the Raptors made a serious comeback, sparked by the play of their big guns and the bench.

Anunoby showed out, demonstrating his elite athleticism with a tomahawk slam in the face of All-Star big man, Marc Gasol, who quickly moved out of the way.

We don’t stop there with OG.

The Raptors flew to Sacramento to take on the young Kings, and there wasn’t much pushback on this evening.

DeMar DeRozan finished the evening with a season-high nine assists, but none prettier than this drop-off dime to Anunoby on the baseline who finished in style.

On the second night of a back-t0-back, the Raptors made a trip down to Los Angeles to face an injury-ridden Clippers team.

This was one of the ugliest games the Raptors had played all season.

From a combination of missed shots, fatigue, and the Clippers’ injuries, nothing went in Toronto’s way.

In one of the few positives on the evening, JV’s shot contest led to a big Ibaka slam on the other end.

In a night where the game went down to the wire, the Raptors’ all-star guards stepped up, making clutch plays to seal the win.

Lowry had struggled throughout the westcoast trip, but showed up when he was needed the most.

Known as one of the toughest, bully guards in the league, Kyle took Troy Daniels down to the post, and there was nothing he could do to stop him.