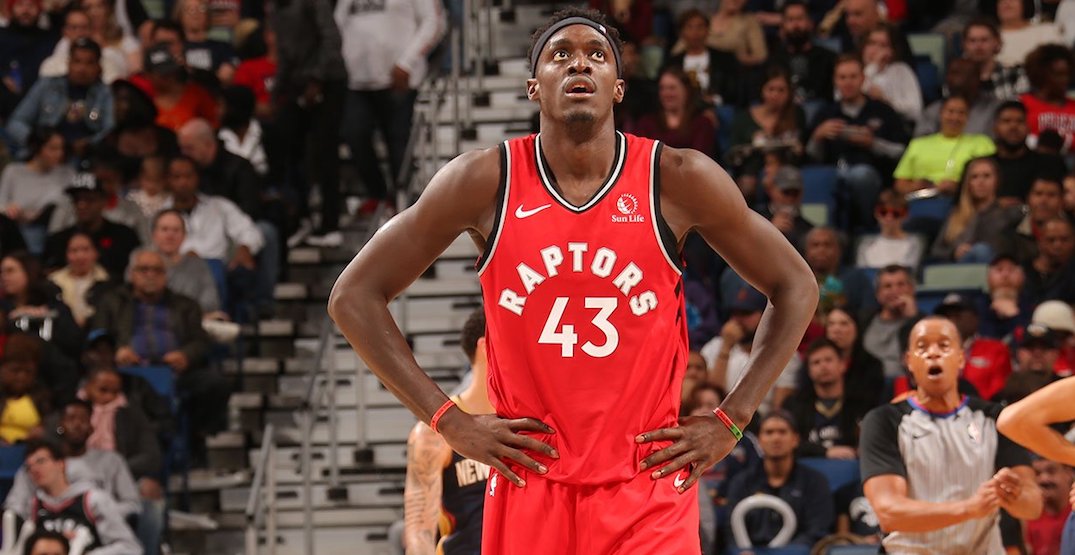 The Toronto Raptors are headed to Florida today, in preparation for the NBA’s restart at Disney World next month.

“Select players and staff” will depart Toronto for Fort Myers, Florida, the Raptors announced, as the team is reportedly going to set up operations at Florida Gulf Coast University, prior to heading to Orlando.

Needless to say, the timing of this announcement couldn’t be much worse. Florida is a new hotspot for the virus, with 4,049 new cases on Saturday and another 3,494 cases on Sunday. The Tampa Bay Lightning closed their practice facility following multiple players contracting the virus, while MLB spring training facilities in Florida (including the Blue Jays’ facility in Dunedin) have closed as well.

The Raptors are reportedly the only team preparing for Orlando outside of their home city, as Canada’s mandatory 14-day quarantine rule caused logistical issues. The team will have a number of safety protocols in place though, with no group workouts during this phase of return to play.

“Strict protocols have been designed to ensure this initial level of access will take place in a safe, controlled, and healthy way,” the Raptors said in a media release. Access to the team’s hotel and workout facilities are “strictly limited to essential team personnel,” the Raptors added.

Group workouts will begin once teams have reported to the “NBA Campus” at Disney World, where the plan is to keep players safe by keeping them separate from the community in a “bubble” environment.

Teams will begin reporting to Disney World July 7 to 9. The season is set to restart at the end of July, with games taking place at ESPN’s Wide World of Sports Complex at the Disney Resort, with teams staying in one of Disney’s many hotels.