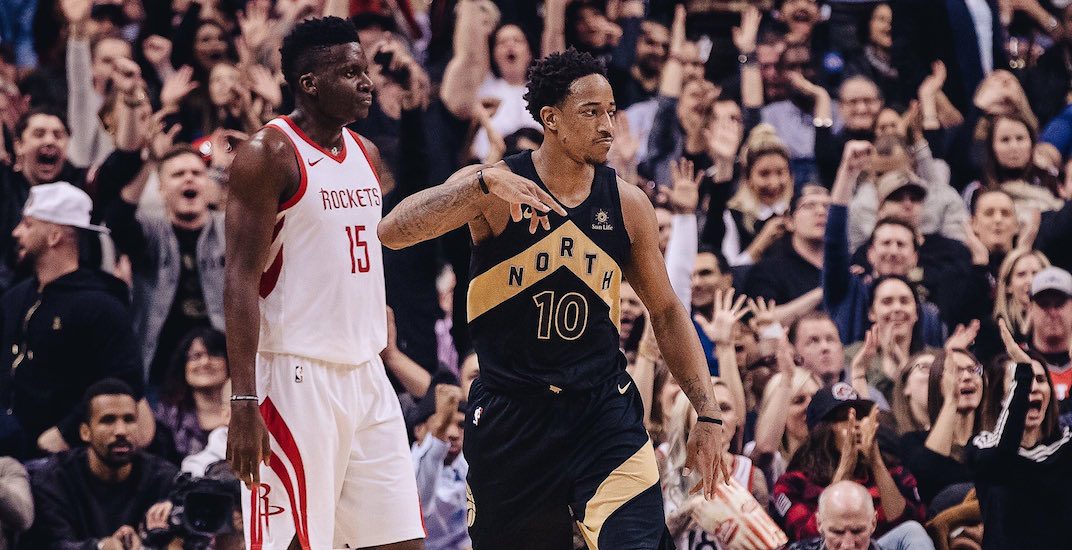 On the court, Friday’s Toronto Raptors game against the league-leading Houston Rockets was the biggest game of the season.

Off the court, it was the biggest game of all-time.

The game, which was billed as a potential NBA Finals preview, was broadcast on Sportsnet One nationally. An average audience of 552,000 viewers tuned in to see the Raptors win 108-105, halting Houston’s 17-game winning streak. That makes it the most-watched regular season Raptors game ever on Canadian television.

A total of 1.67 million Canadians watched at least part of the game, with a peak audience of 1.1 million tuning in late.

The East-leading Raptors have now won 15 of 16 games, extending their lead over Boston by 3.5 games. They’re proving doubters wrong, giving hope that they could not only make the NBA Finals – but maybe even win it.