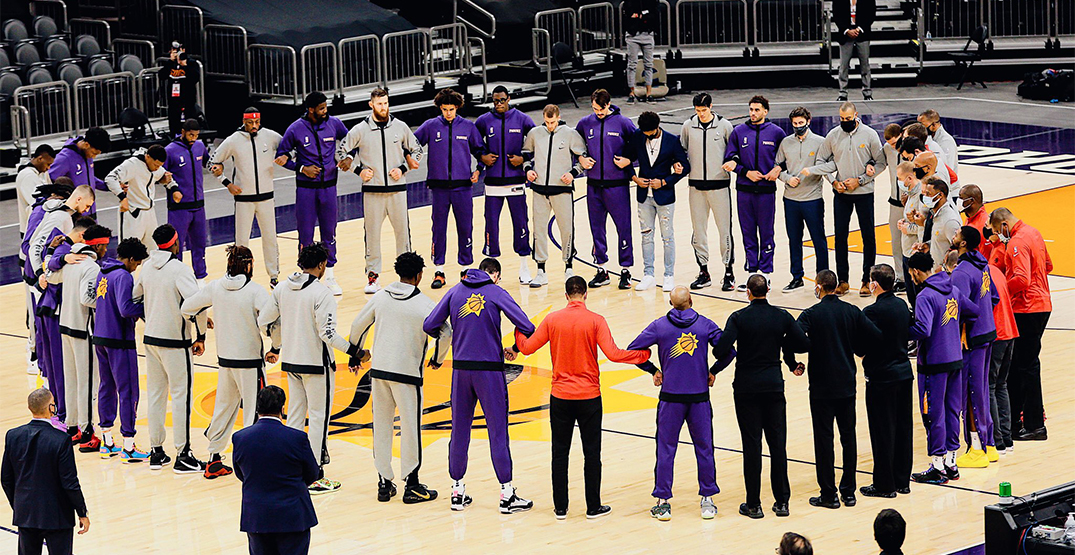 Players for the Toronto Raptors and Phoenix Suns linked arms at the centre of the basketball court before Wednesday night’s game in a symbol of unity after a violent pro-Trump mob stormed the US Capitol earlier in the day.

The Toronto Raptors tweeted a photo Wednesday with the simple caption “united.”

Coach Nurse on the events of the past two days pic.twitter.com/St3x5pyevY

The Milwaukee Bucks also shared a video of their team taking a knee right after the opening tip off during Wednesday night’s game against the Detroit Pistons in support of social justice.

One woman died in the violence in Washington, DC, and the city invoked a 6 pm curfew. US President Donald Trump had his Twitter account temporarily locked over his words that allegedly incited violence, and President-elect Joe Biden has called for calm and unity in the nation’s capital.