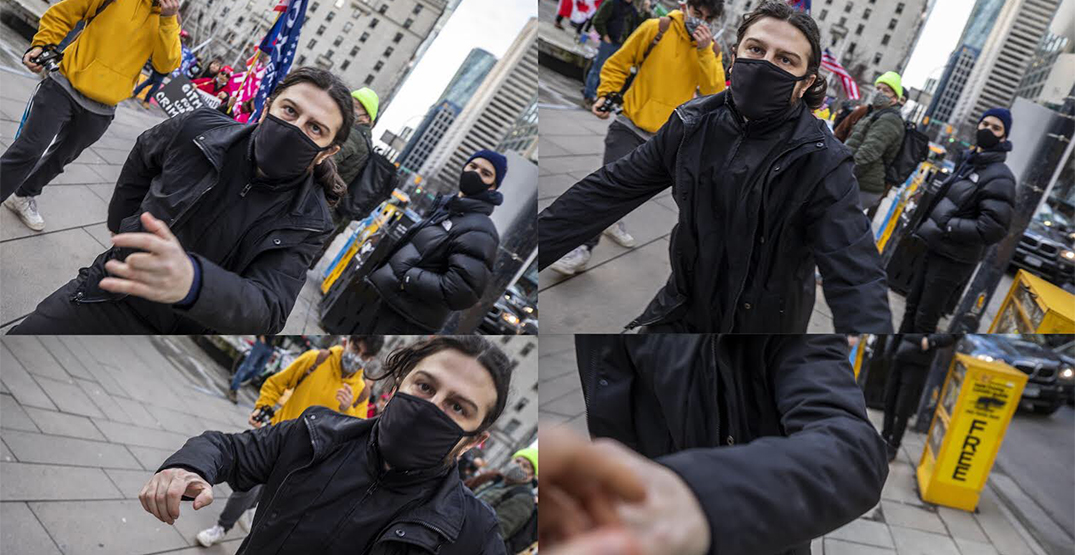 A demonstrator at a small pro-Trump rally in downtown Vancouver attacked a photojournalist who was there documenting the scene on Wednesday afternoon.

Award-winning CBC photojournalist Ben Nelms was on assignment outside the Vancouver Art Gallery when it happened.

“I was taking pictures of the group of protestors when one of the men charged at me and punched me in my face unprovoked,” Nelms said in a statement.

The individual appeared to be upset that Nelms and other journalists were taking pictures and reporting on the event, he added.

“Physical violence against members of the media is wrong and doesn’t just happen outside of Canada, but here in Vancouver,” Nelms said.

The entire incident was captured by Nelms as he took photos.

Unprovoked violence against anyone, including members of the media is wrong. Thanks everyone for the support, I’m doing well. pic.twitter.com/rJ9No7CJxy

Vancouver Police Department spokesperson Const. Tania Visintin said they are aware of a victim who was punched in the face around 2 pm. The suspect took off before officers got there, but she added police are “actively investigating.”

The small pro-Trump rally happened on the same day that a mob of Trump supporters stormed the US Capitol and forced lawmakers to evacuate.

The lawmakers in Washington, DC, were doing a ceremonial vote count to affirm President-elect Joe Biden’s win when the Trump supporters forced their way in.

There were standoffs between police and the mob, and one woman was reportedly shot in the violence and later died of her injuries. US President Donald Trump and Biden have both asked the rioters to go home peacefully.