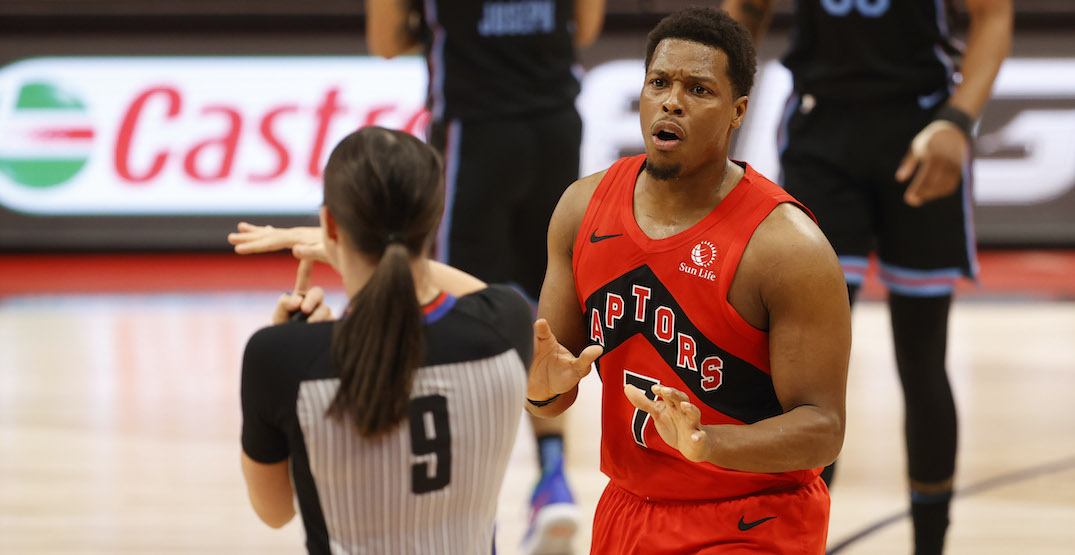 With trade rumours swirling around Kyle Lowry, the Toronto Raptors star has responded.

The 34-year-old took to social media, putting out a message on his Instagram story to pour cold water on the speculation. 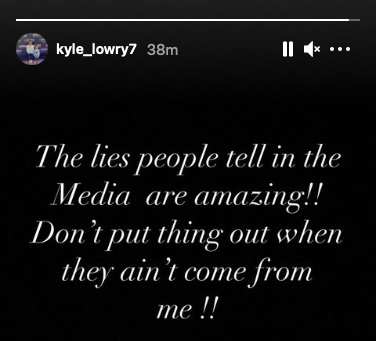 “The lies people tell in the media are amazing,” Lowry wrote. “Don’t put [things] out when they ain’t come from me!!”

This response stems from comments made by The Ringer’s Ryen Russillo on The Bill Simmons Podcast, with Russillo saying that “Lowry has been telling everybody for a month that he’s getting traded.”

The trade speculation surrounding Lowry has been persistent for the past couple of weeks, but this is the first time he has publicly commented on it.

A previous report about a potential trade for the six-time NBA All-Star came from Keith Pompey of the Philadelphia Inquirer. He said that the Miami Heat, Philadelphia 76ers, and Los Angeles Clippers were all interested in acquiring Lowry. Pompey also noted that the Philadelphia native was pushing to go to the 76ers if he was moved from the Raptors.

Lowry’s agent Mark Bartelstein denied that rumour, saying: “that’s just not true.” He also added that Lowry’s focus is “on helping [the Raptors] climb the standings in the East and winning games.”

Lowry is a free agent at the end of the season, but ultimately controls his own destiny, as he has a no-trade clause in his contract.