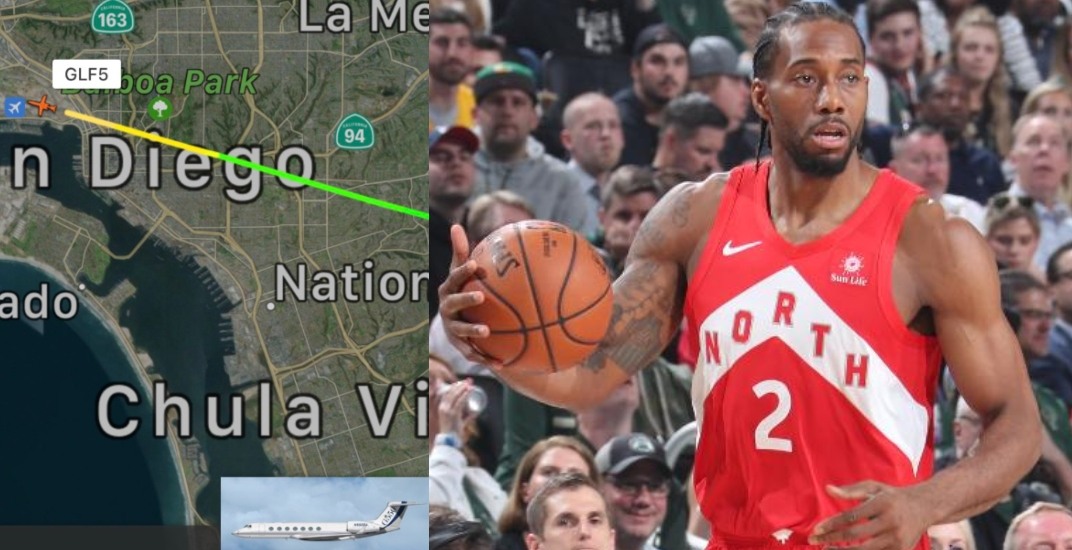 MLSE’s private jet left Toronto this morning and landed in San Diego, and Raptors fans are connecting the dots.

While there is no confirmation of who was on board the flight, it certainly would seem that it was related to Kawhi Leonard — the NBA superstar that the Raptors, Lakers, and Clippers are desperately trying to sign as a free agent.

Update: MLSE corporate jet just landed at San Diego Int’l Airport. Arrived from Toronto. No confirmation who is on board or relation to #KawhiWatch2019 #KawhiUpdate #KawhiLeonard pic.twitter.com/jtGxV2NY1q

Toronto was sent into a frenzy on Wednesday when the MLSE plane landed at Pearson Airport on a flight coming from Los Angeles. A news helicopter was on the scene, catching what looked like Kawhi and three others stepping off the plane and into a pair of SUVs.

No form of paparazzi caught the departure today, meaning we don’t have anything to go on other than flight records.

Leonard would have reason to fly to San Diego, of course, as the Raptors superstar owns a house in Rancho Santa Fe, 26 miles north of where he played college basketball at San Diego State.

The MLSE jet did not stay in SoCal for long, and is now on its way back to Toronto.

Was Kawhi on board? Is he going back to California to sign with the Lakers or Clippers? Does he just need time to think about his decision?? Did he forget his socks???

Nobody knows, so for now, we wait.