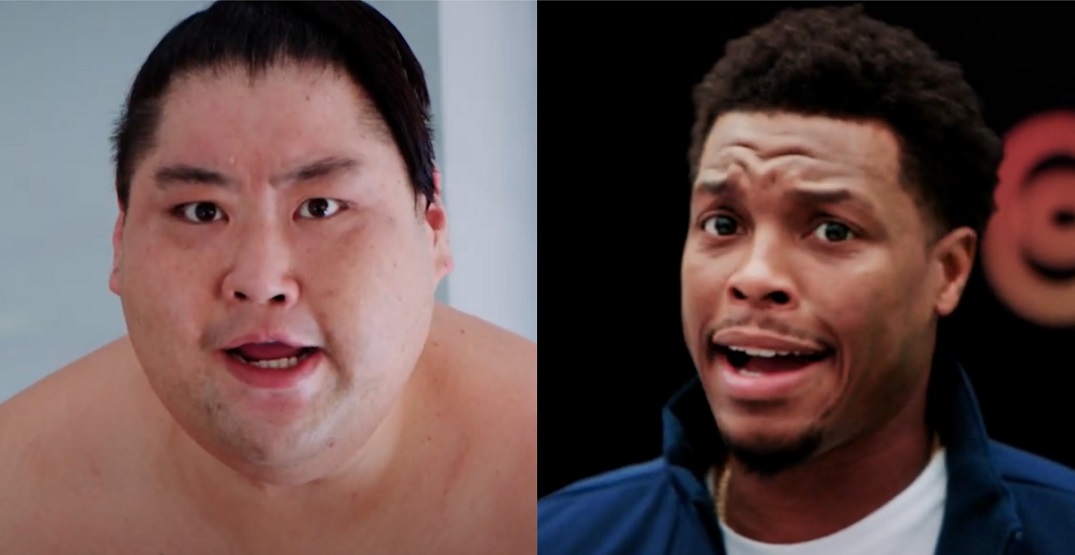 Kyle Lowry has taken on the NBA’s toughest defences throughout his career, but for now, he’s stacked up against a famous sumo wrestler.

Ahead of his return against the Toronto Raptors slated for this upcoming Sunday, April 3, the Miami Heat point guard Lowry takes on Japanese sumo wrestler Yamamotoyama Ryūta
in a new ad spot for Canadian cryptocurrency website Bitbuy.

In a commercial titled “No Hidden Charges,” Lowry features in a showdown with the wrestler often known as “Yama,” who was measured at nearly 600 pounds and is the world’s heaviest Japanese-born sumo wrestler.

“If anybody knows how painful a charge can be, it’s definitely me,” Lowry quips in the ad, referencing his tendency to draw offensive fouls throughout his career.

The entire commercial, set to go live on Thursday, can exclusively be viewed below:

Lowry was previously featured in a Super Bowl commercial for Bitbuy and has a third spot coming up in the next few months.

“Before the partnership with Bitbuy, I definitely held some crypto, so it has kind of worked out perfectly,” Lowry said.

Meanwhile, Yama carries an impressive acting resume in his own right, having featured in John Wick 2, as well as music videos for One Direction and Ed Sheeran, to name a few.

“The goal of the Super Bowl commercial was to build awareness for Bitbuy and crypto investing in general,” Bitbuy Marketing and Communications Director, Binu Koshy, said. “The goal of part two is to communicate why they should choose Bitbuy over the competition.”

Tipoff for Lowry’s return on Sunday is set for 7 pm ET/ 4 pm PT, with the game being shown nationally on Sportsnet.