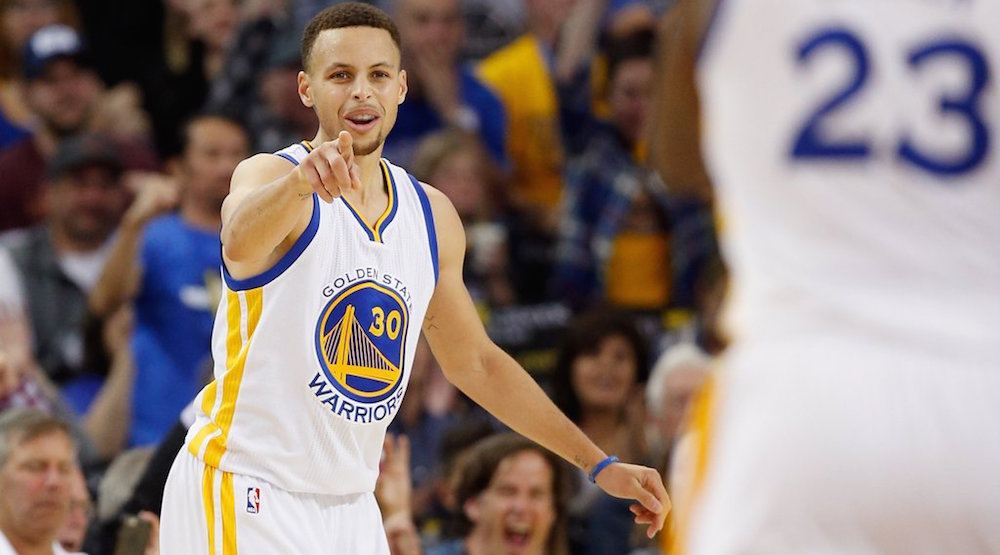 The Toronto Raptors have confirmed yesterday’s report and will indeed play the Golden State Warriors in a preseason game at Rogers Arena on October 1st.

This marks the fifth year for the annual NBA Canada Series, and the third year in a row that the Raptors play an exhibition game in Vancouver. The Raptors played in front of sellout crowds at Rogers Arena against the Sacramento Kings in 2014 and the LA Clippers last year.

You can bet tickets will sell even faster than usual this time though, as the most star-studded team in the NBA will be visiting. The Warriors boast a lineup that includes reigning two-time MVP Stephen Curry, 2014 MVP Kevin Durant, as well as All-Stars Klay Thompson and Draymond Green. Fans in Vancouver will get the first chance to see Durant, who signed with Golden State in the offseason, compete in a Warriors jersey.

Tickets go on sale Friday, September 2nd on Ticketmaster at 10 am PT.

“As someone who spent some time as a kid growing up in Canada, I’m really looking forward to our preseason game in Vancouver as part of the NBA Canada Series,” said Curry, whose father Dell played three seasons with Toronto. “The fans throughout Canada have always had a tremendous passion for basketball and the NBA, and to have the opportunity to visit such a beautiful city and play in that exciting environment is going to be a lot of fun.”

The game will feature five members of the 2016 Olympic gold medal winning Team USA, with Raptors guards Kyle Lowry and DeMar DeRozan on the floor with Durant, Thompson, and Green from the Warriors.

“As Canada’s basketball team, the Raptors are excited to bring the NBA to cities across our country,” said Raptors guard and Canadian national team member Cory Joseph. “We look forward to returning to Vancouver, where we had a sellout last year, and making new fans during our visit to Calgary.”

After playing in Vancouver, the Raptors will hop on a plane to Calgary to play the Denver Nuggets at the Scotiabank Saddledome.