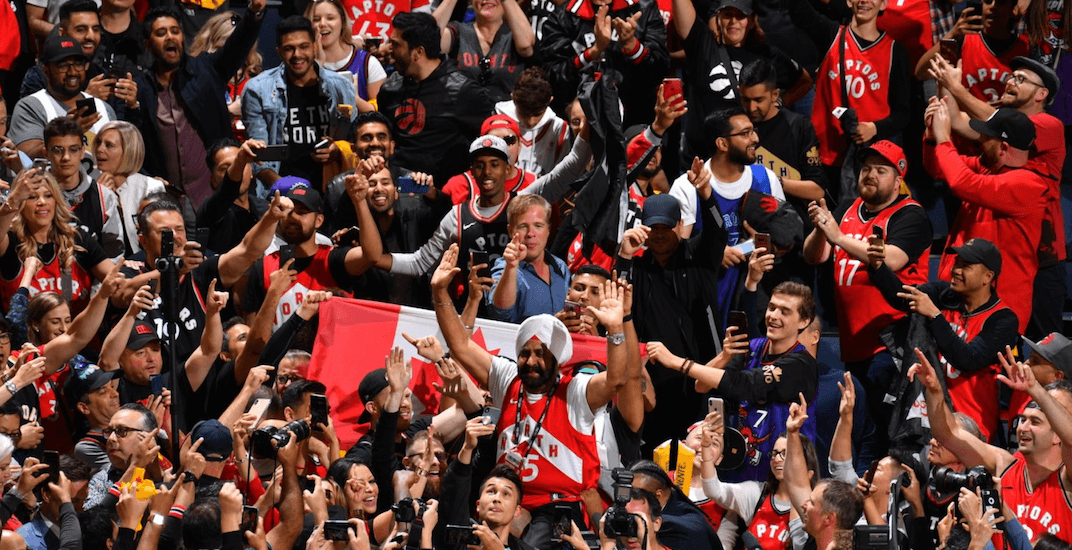 Just two weeks ago, this was unthinkable.

The Toronto Raptors didn’t just beat the Golden State Warriors twice in a row on their home court, they did so in convincing fashion. A 105-92 win on Friday gave the Raptors a commanding 3-1 series lead, putting them one win away from their first-ever NBA championship.

And while fans were going wild back home in Jurassic Park and in the streets of Toronto, a massive contingent of Raptors fans were having a party inside Oracle Arena in Oakland.

Hundreds of Raptors fans, presumably from different parts of Canada, made the trip south to cheer on their team in the Bay Area. With the game in hand late in the fourth quarter, Warriors fans began to head for the exits early. The only fans left making noise were Raptors supporters.

“It’s awesome,” head coach Nick Nurse told reporters after the game. “Our fans travel really well in the regular season. We get this a lot on the road, it’s really amazing. It’s Canada’s team and Canadians from all over the country are traveling down and making plans when we play in Florida or California, or Detroit especially.

“[The fan support on the road] surprises me a little in the Finals, because I don’t think it’s that easy to get tickets to these games, so our fans are working extra hard and being extra vocal, and we appreciate that.”

Following the game, Raptors fans in attendance gathered in one corner of the arena to cheer, chant, and sing O Canada. They even lifted up Superfan Nav Bhatia at one point.

It was a sight to see.

The fan support in Oakland is unreal! pic.twitter.com/DKiMQz3tbY

They’re chanting CBC this is a Canadian heritage moment pic.twitter.com/ZPsAGIvNiL

Kyle Lowry reacts to the thousands of @Raptors fans in the stands following Game 4 at Oracle Arena. 🇨🇦 #NBAFinals pic.twitter.com/XYnHs4kC2B