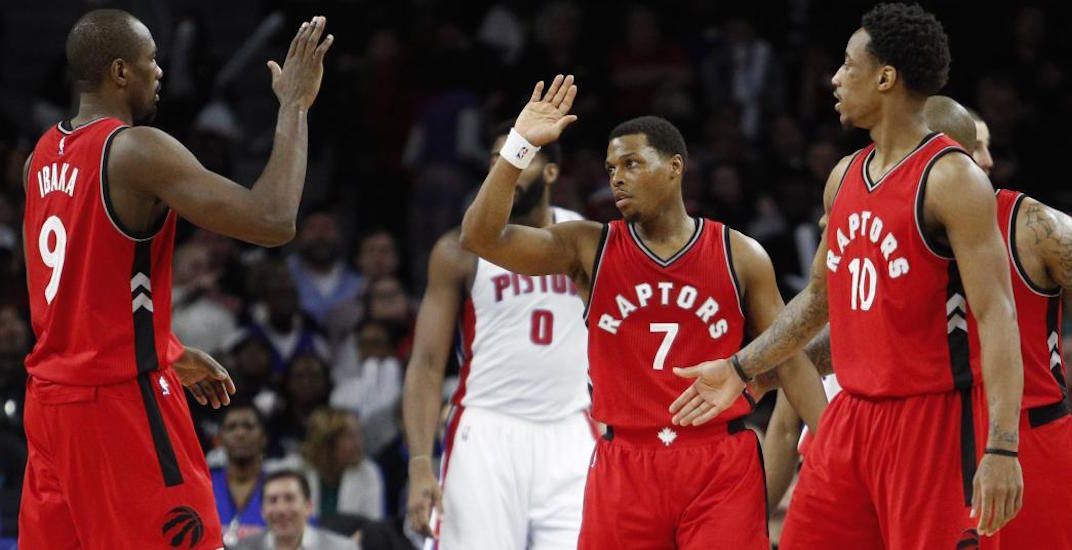 The Raptors are back in the playoffs.

The hard part comes in the next two months when they try to make it through three rounds to qualify for the NBA Finals for the first time in franchise history.

Toronto’s set up for it though, after becoming the first team in the NBA to clinch a postseason berth on Wednesday. It took overtime, but a 121-119 win on the road against the Detroit Pistons secured their ticket to the playoffs.

DeMar DeRozan led the way for the Raptors, scoring 42, including this highlight reel dunk late in the fourth quarter.

With a 47-17 record, it’s the earliest a Raptors team has ever qualified for the playoffs. The Raptors now hold a 2.5-game lead over Boston, as the first-place team in the Eastern Conference with 18 games left in the season.