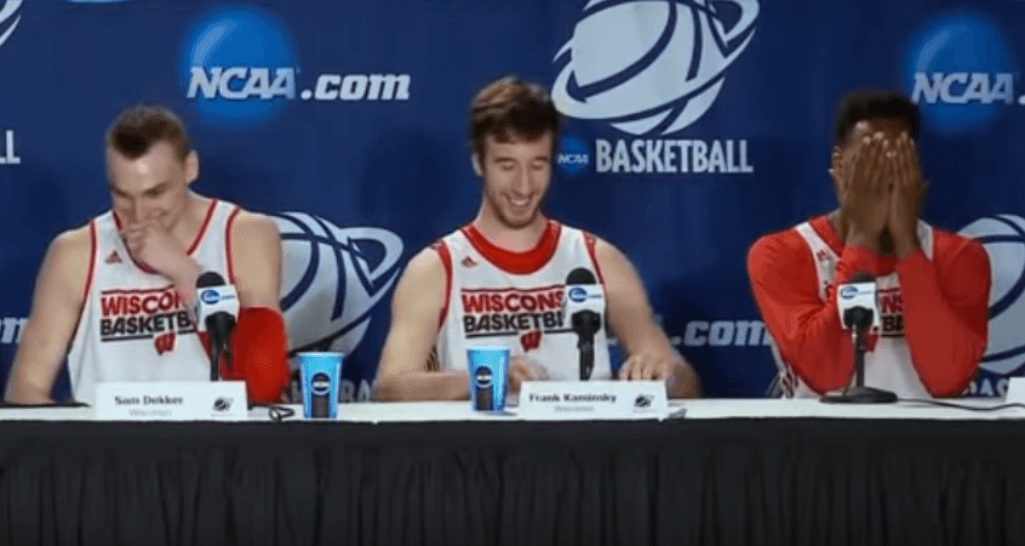 Is this thing on?

An NBA rookie with just two games of experience this year with the Los Angeles Lakers, Hayes is best known for a gaffe made off the court while with the University of Wisconsin in 2015.

Hayes was the ‘star’ of a viral video in 2015 when he pointed out how beautiful a press conference stenographer was in a room full of reporters.

“God, she’s beautiful,” Hayes said to his teammate, in a whisper.

Guess he didn’t realize the power of the microphone, because to his surprise, it picked it up clearly for everyone in the room to hear.

The video of the press conference was posted to YouTube and has racked up over 11 million views since.

The stenographer in question was Debra Bollman, who’s married and has three kids.

“It was just funny,” Bollman said at the time. “I never knew it would take on the nature that it has. It’s taken on a life of its own. I thought it was cute and sweet at the time.”