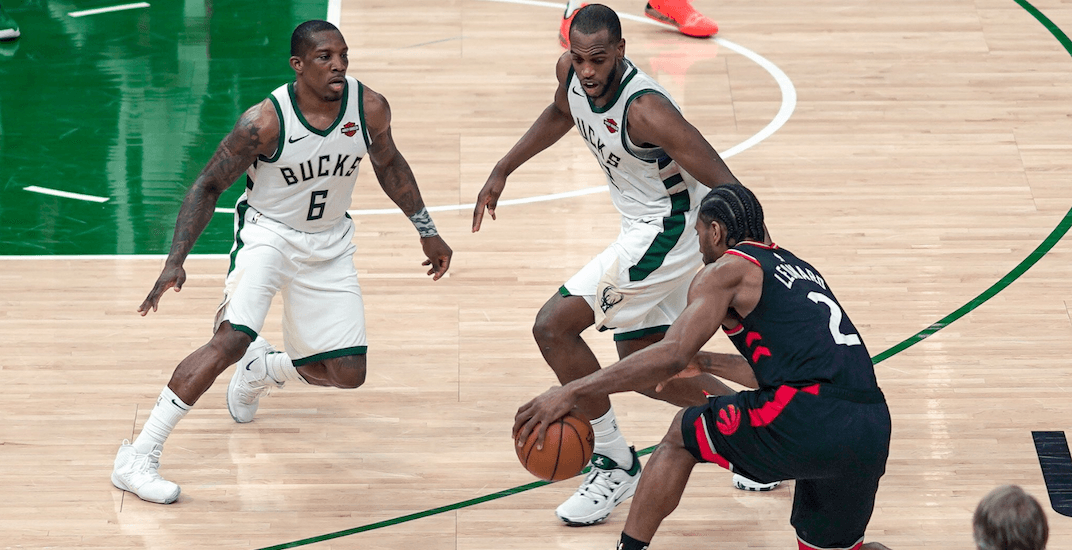 The Toronto Raptors led for almost every second of the first three quarters, but collapsed in the fourth quarter as the Milwaukee Bucks took a 108-100 victory in Game 1 of the Eastern Conference Finals.

The Raptors had an explosive start to the game. They held an 11-point lead after the first, scoring 34 points and looking poised to take Game 1 on the road.

Pascal Siakam RISES UP for the @Raptors SLAM! 🔨

Though the Raptors held the lead through the first three quarters, including a seven-point lead heading into the fourth quarter, the Bucks came out firing in the final 12 minutes of the game. It went back and forth until a 10-0 run swung the game in Milwaukee’s favour for good.

Outside of Kyle Lowry, the Raptors were 0-for-15 on their shots in the final quarter.

The Raptors were far better from three-point range in the game, shooting 36% compared to Milwaukee’s 25%, but the Bucks controlled the glass with 15 offensive rebounds.

Lowry had an extremely efficient game from beyond the arc, knocking down a career-high seven three pointers on only nine attempts and putting up 30 points for the first time this postseason.

Kawhi Leonard was, well, Kawhi Leonard. He led all Raptors with 31 points, and went a perfect 10-for-10 from the free throw line.

But the depth for the Raptors wasn’t there, getting only 39 points from the rest of their squad.

While Giannis Antetokounmpo is obviously the biggest threat on the Bucks, it was Brook Lopez leading them to victory with 29 points and 11 rebounds in this game.

The Raptors will look to even the series in Game 2 on Friday.