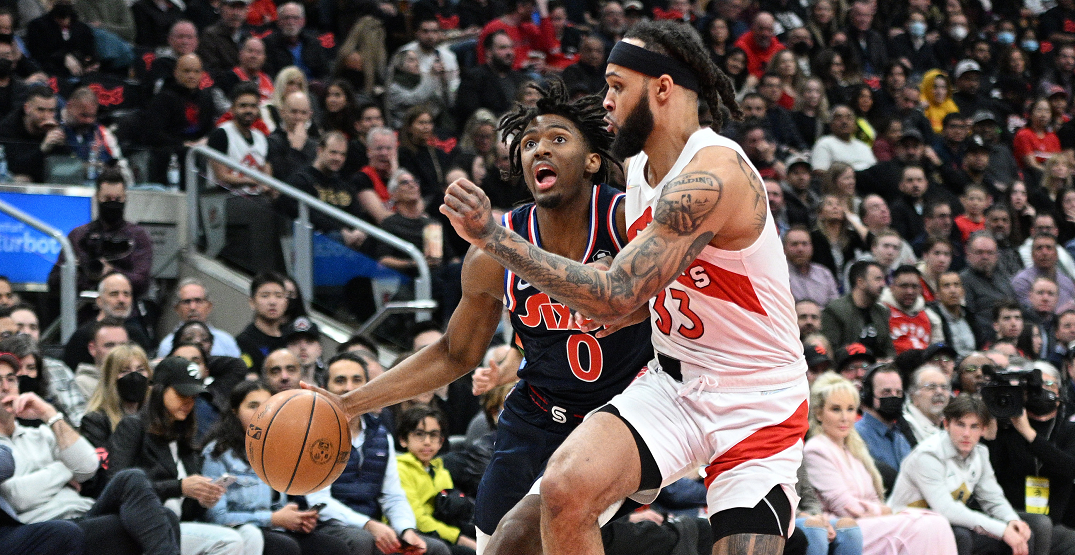 The Toronto Raptors’ 2022 playoff run has come to an end.

Hosting the Philadelphia 76ers at Scotiabank Arena in Game 6 of the opening round of the NBA playoffs, fifth-seeded Toronto fell by a 132-97 score.

The Raptors were trailing the 76ers by just a lone point at halftime, going into the break down 62-61.

But a 23-6 run from the 76ers in the first six minutes of the third quarter created a 18-point gap between the two teams.

With the loss, Toronto was ultimately unable to force a Game 7 on Saturday night in Philadelphia. The Raptors were attempting to become just the fourth team in NBA history to take a series to a seventh game after falling behind 3-0 in a best-of-seven series.

Chris Boucher led the Raptors with 25 points, while Joel Embiid put up 33 to pace the 76ers.

The Raptors were playing without All-Star point guard Fred VanVleet for the second consecutive game, who was forced out of Game 4 with a hip flexor injury.

Toronto’s playoff run was its first in two years, after missing the postseason in the 2020-21 season while playing the entirety of their home schedule in Tampa, Florida.

The 76ers will advance to play the Miami Heat in the second round of the NBA playoffs, beginning on Monday.