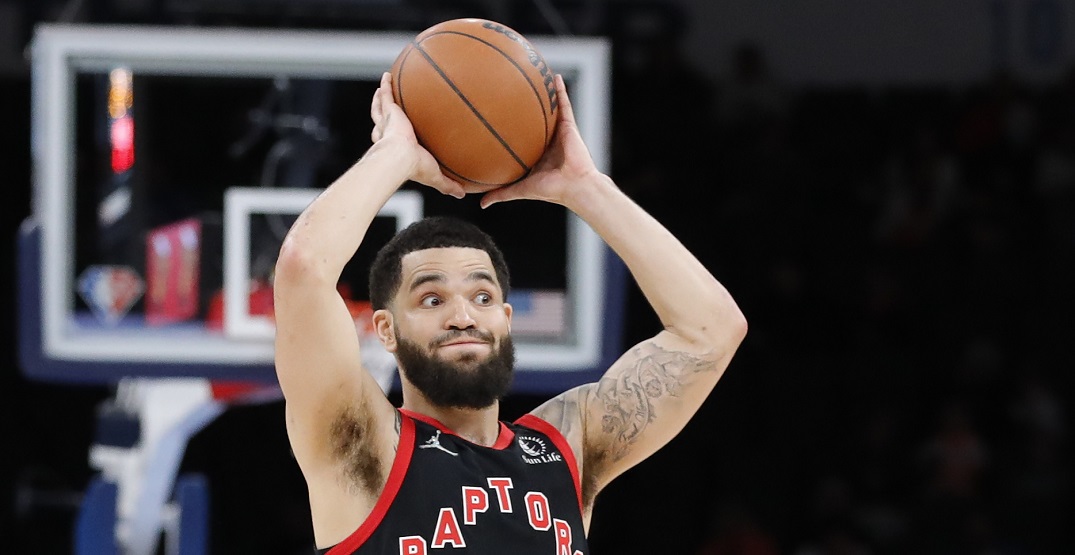 The Toronto Raptors will be without Fred VanVleet for a second straight game tonight.

VanVleet has been officially listed as “out” for tonight’s game by the Raptors, who are looking to stave off elimination for a third straight game, at Scotiabank Arena. The 28-year-old left Game 4 early with a left hip flexor strain, and hasn’t been seen on court since.

Ironically, the Raptors have seemingly turned around the series against the Philadephia 76ers since VanVleet’s departure, winning Game 4 and Game 5 — though that coincided with Scottie Barnes’ return to the lineup.

The Raptors are looking to make history, as no NBA team has ever won a playoff series after trailing 3-0. Meanwhile, the pressure is on the 76ers not to become the first team ever to blow a 3-0 series.

Tonight’s game is being televised on TSN in Canada, beginning at 7 pm ET/4 pm PT.