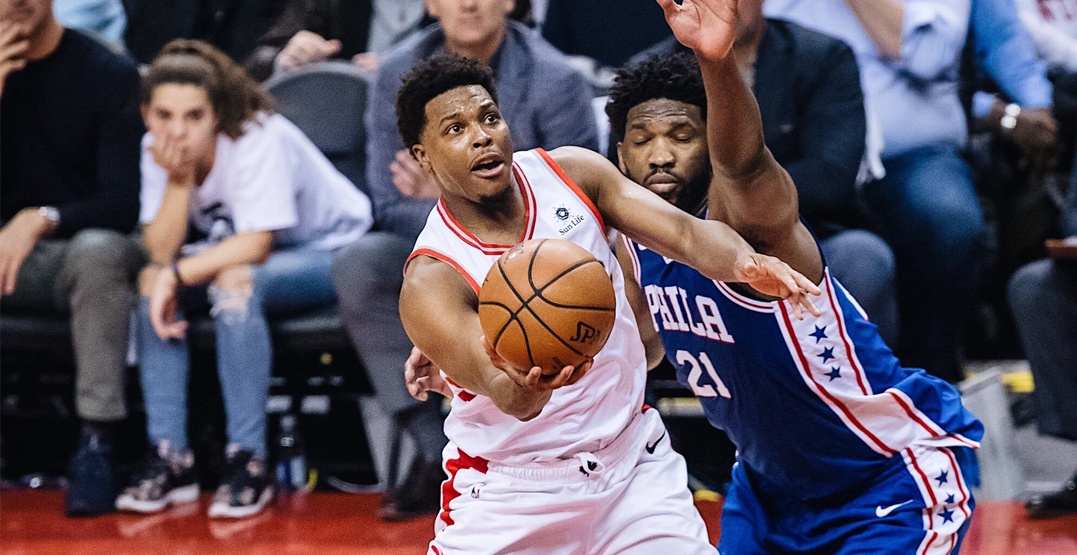 It wasn’t meant to be.

After trailing by as many as 18 points in the first half, the Toronto Raptors’ epic fourth quarter comeback fell short, despite getting a chance to tie the game with just 10 seconds left on the clock.

Toronto was trailing by three points when a broken inbounds play ended up with an open look for Danny Green, but the ball bounced in and out. The 76ers secured the rebound and that would be the last chance the Raptors had.

Once again, it was Kawhi Leonard leading the way for the Raptors on both ends of the floor.

Keep the foot on the pedal pic.twitter.com/BZlV1YmRLb

He finished with 35 points, seven rebounds, and six assists.

Leonard continues to do a little bit of everything for the Raptors and seems to be able to score whether he is wide open or absorbing contact.

With two massive performances in first two games, Leonard sets another franchise scoring record with a total of 80 points.

Also for Toronto, Pascal Siakam, who had a difficult shooting night, finished with 21 points and Kyle Lowry had 20.

“We knew this wasn’t going to be an easy series,” Siakam told reporters after the game. “That was a good punch for us and we will be able to fight back.”

The game was a much uglier shooting performance from the Raptors than Game 1. The team started extremely slow, only amassing to 17 points in the first quarter and shooting under 33% in the first half.

Although the Raptors missed many open shots, Philadelphia played a much-improved defensive game as well. The game marks the first time the Raptors have been held under 90 points this postseason.

“More than anything we got back and we guarded,” said Philadelphia guard Jimmy Butler after his team’s winning performance. “If we let our defence dictate our offence we are such a great team.”

Butler was the top performer on the other side of the ball, finishing the game with 30 points and 11 rebounds.

The series now shifts to Philadelphia with Game 3 set to go on Thursday.