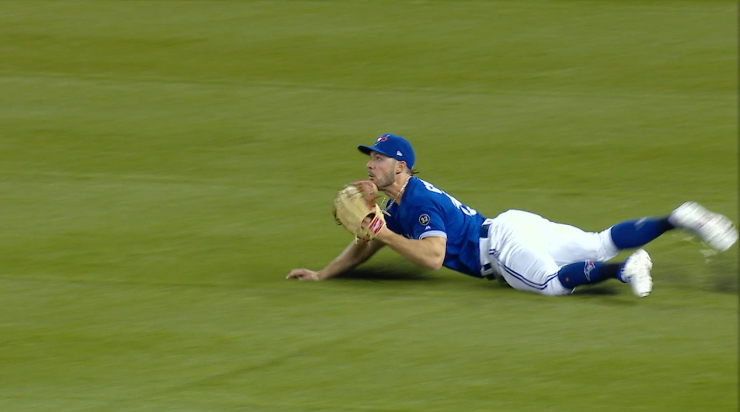 Blue Jays outfielder Randal Grichuk did what many would in the face of adversity; he closed his eyes, prayed and hoped for the best. Luckily, that strategy paid off as he made an unbelievable catch during the Blue Jays’ 7-2 win over the Texas Rangers.

It was the very first inning when Grichuk stunned fans at Rogers Centre by making a ridiculous catch, even after tripping and falling towards the ground. While barreling towards the ball, he fell into it and somehow made the catch.

It wasn’t the prettiest way to get an out, but given the circumstances, it’s the most impressive way a Blue Jays outfielder has caught a ball this season.

MLB Statcast ranks catches on a five-star scale, but this one is honestly worth six stars:

Some call it luck, we call it extreme concentration! 👌 pic.twitter.com/Slq8WOvAkL

When a ball is hit to the outfield that sharply, a fielder only has a split second to react. A lot of things run through their head when trying to make that play.

Here’s what Grichuk may have been thinking when he nearly took a line drive to his teeth: 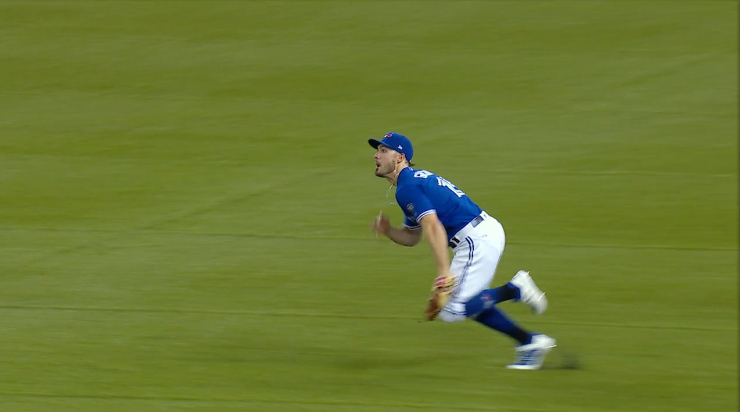 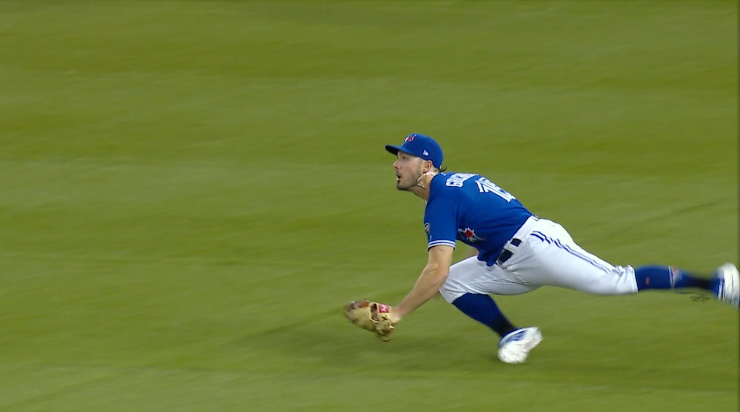 “I can already feel the producers submitting this clip for tonight’s blooper reel. Also, the weight of this gigantic chain I’m wearing may have inhibited my ability to make this catch.” 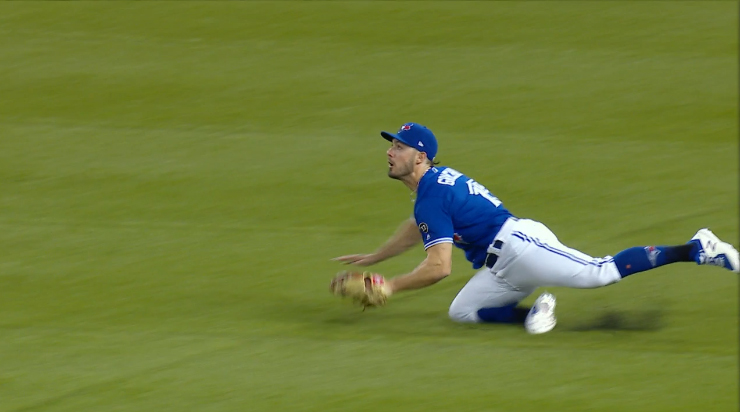 “My hips are torqued at a really weird angle, my right knee is jammed into the artificial turf and I’m about to brace my fall with my glove; the thing I’m supposed to catch the ball with. I have a feeling this isn’t going to end well.”

“Please don’t let this baseball mess up my beautiful, beautiful face. And I just finished my Invisalign treatment last week, too.” 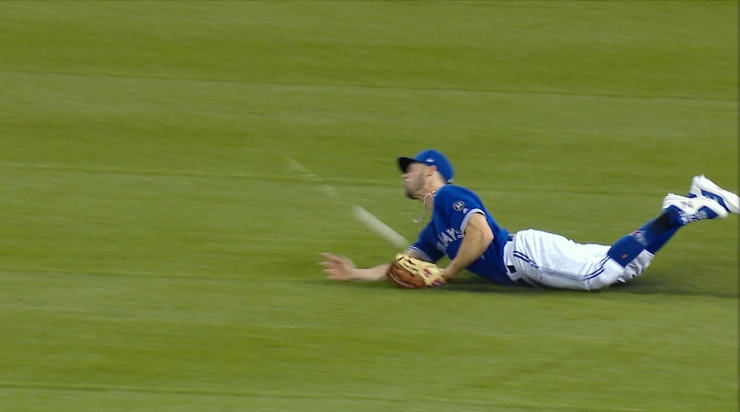 “Just close your eyes and pray.” 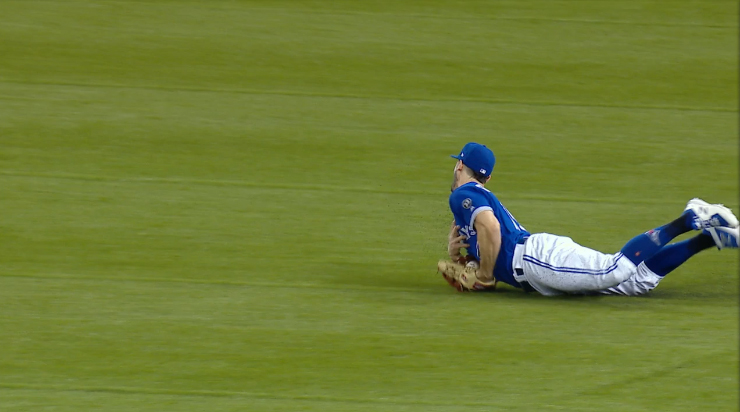 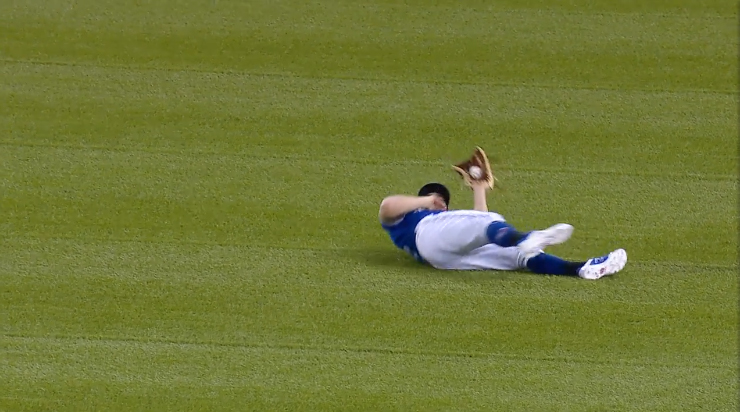 “I’m totally going to be on the Plays of the Month, aren’t I?”

In the end, umpires deemed it a clean catch and Grichuk got the ball back to the infield quickly enough to help record a double play. He went from a goat to a hero in a split second.

The funny thing is had he not tripped and fallen towards the field, Grichuk may have slid past the baseball entirely. Instead, he totally meant to trip and fall and nestle that baseball like a little puppy.