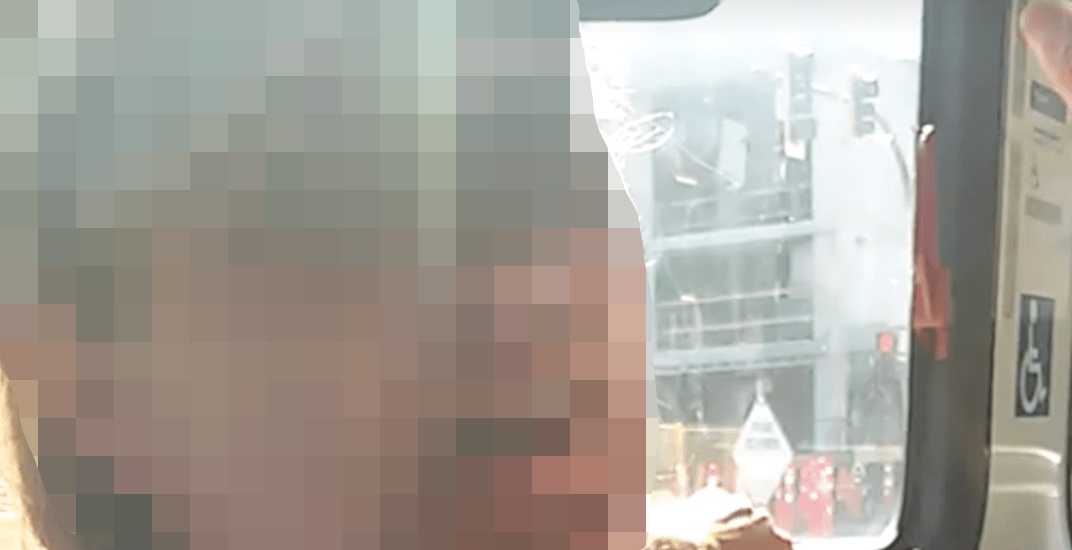 While taking the bus with her sister on Wednesday, Joannie Fu witnessed – and recorded – another incident of racism on Vancouver transit.

“Today me and my 13 year old sister Jasmine encountered a racist and drunk white woman on the bus who was verbally harassing an older Asian lady,” Fu wrote on Facebook. “The older Asian lady accidentally stepped on her foot when sitting down and the woman immediately started to swear and saying derogatory and racist things towards her.”

The woman reportedly told the older lady to “go back to China” and was “very aggressive and verbally abusive towards her.”

Fu writes that she decided to speak up for the older lady, at which point the woman called Fu a f**king b**ch and told her “go back to China” as well.

Fu told the lady she was recording the incident on her phone, at which point the woman threatened to smash her phone.

“I’m uploading these videos because I want people to know that racism still exists in Canada,” Fu writes in her post. “You can package it in any way you want and make it look all pretty on the outside but it is what it is.”

Fu concluded her post by writing that she started to cry from anger when she got off the bus after the incident.

“I was angry not only because of what she said but because Jasmine had to listen to what she said,” she writes. “I was angry because no one else spoke up on the bus. And I was angry that as Canadians we sometimes adopt a complacent attitude towards racism that maybe because things aren’t ‘as bad’ here, they aren’t bad at all.”