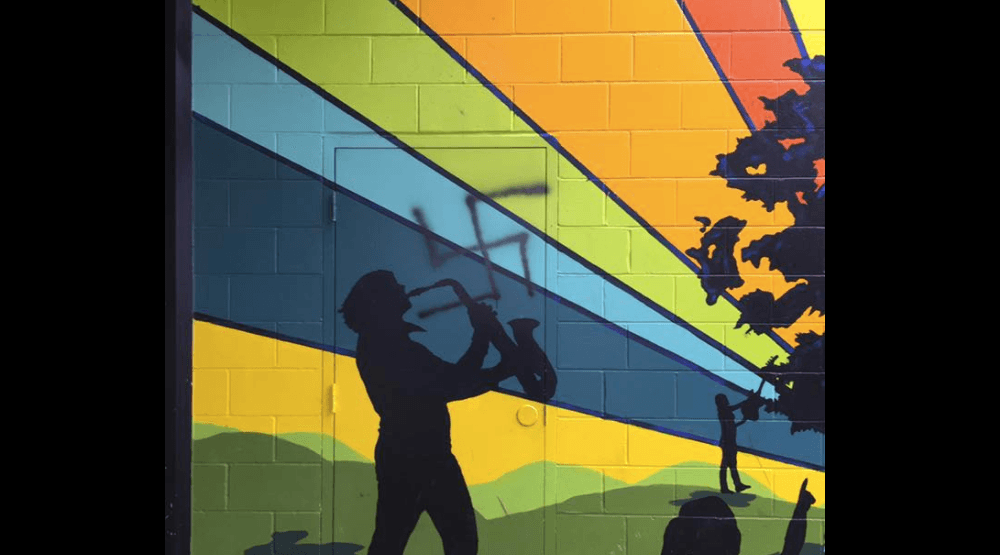 Abbotsford Police are investigating along with the school district after racist messages – along with other graffiti– was found at ASIA Sumas in Abbotsford, over the weekend.

“The graffiti is really mixed in terms of its themes – some obscenity, some swastikas, comments about white power and men’s rights and references to grad.”

In a Facebook post, local woman Lyndsey Erin shared some pictures of the graffiti and her thoughts.

“I’m mad, I’m annoyed … but mostly I am sad I think,” Erin wrote. “Sad that hate like this is so easily displayed like it is nothing … sad that our amazing school, ASIA Sumas, was vandalized with this disgusting message.”

Echoing Erin’s sentiments, MacDonald added the messages were “nothing you would want students grade 6 to 12 to encounter first thing on a Monday morning.”