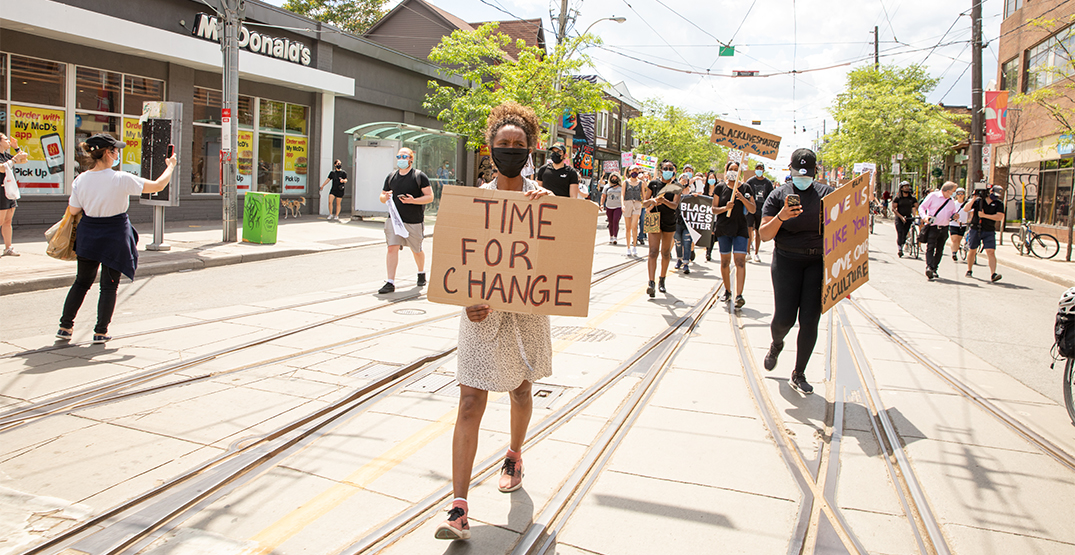 According to a new report from York University, the vast majority of Black people in Canada regularly experience racism and believe it is a severe problem where they live.

The inaugural Black Canadian National Survey asked 5,000 people across the country for their views on various social issues in the aftermath of George Floyd’s murder last year. The responses position racism as a pressing issue in Canada.

“Black Canadians are typically categorized as a subset of the larger group of ‘visible minorities’ resulting in the overly simplified collection of data on race,” Dr. Lorne Foster, Director of the Institute of Social Research at York University, said in a news release. “This study is a step forward in truly recognizing the unique experience of the Black Canadian against other Canadians.”

The study looked at several areas, including interaction with police, experiences seeking healthcare, and workplace experiences.

When it comes to going to the doctor, 91% of Black individuals told surveyors that they believe racism is a problem, and 70% said it’s severe. Nine out of 10 Indigenous individuals surveyed said the same thing.

Racism also negatively impacts Black individuals in the workplace. Black men earn $0.60 to every dollar earned by white men, according to Statistics Canada. On top of that, 96% of Black people surveyed said racism is a problem at work.

By contrast, only 18% of white Canadians surveyed said racism was a problem in the workplace.

“Now that we are armed with this evidence, we must work in earnest to dismantle the systemic racial disparities to show real change.”