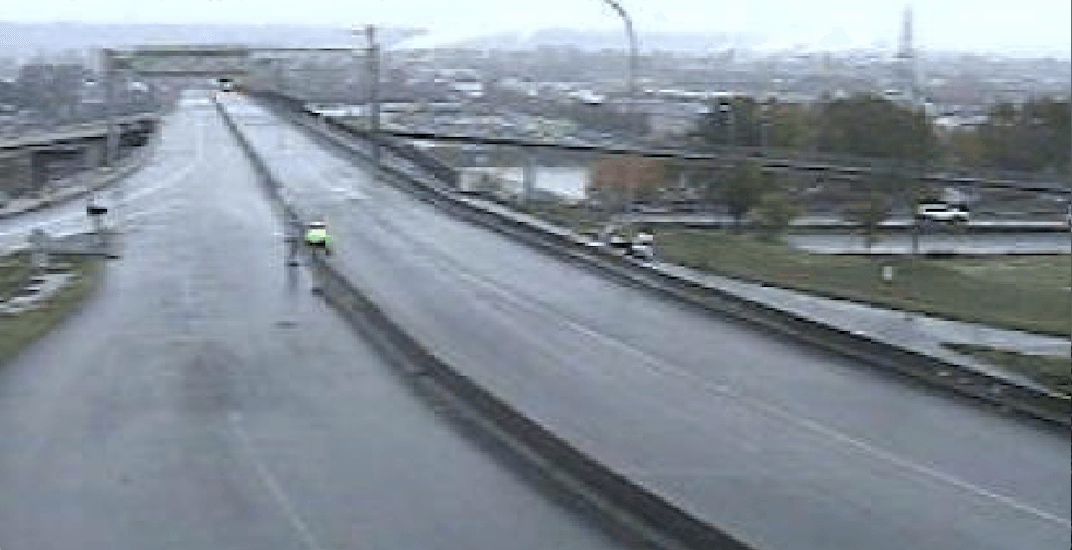 The Queensborough Bridge is currently closed in both directions. (DriveBC)

The Queensborough Bridge is currently closed in both directions as a result of what the City of New Westminster said is a high-voltage cable failure on the bridge.

On Facebook, the City said power is out in the Queensborough neighbourhood for the next eight to 10 hours. Schools in Queensborough are closed as a result as well.

“Crews are on scene working to restore power as quickly as possible,” they added.

According to the municipal government and DriveBC, the incident is still in the assessment stage right now, and a further update is expected later this morning.

In the meantime, drivers are advised to find alternate routes, but expect heavy congestion due to the diverted traffic.

Additionally, transit buses that normally use the bridge – routes 340 and 388 – are terminating at Scott Road Station instead of 22nd Street Station. The 410 and C98 are also using the Knight Street Bridge as an alternate route.

Due to a high voltage cable failure on the QB Bridge, power is out in QB for the next 8-10hrs. Crews are on scene. #NewWest