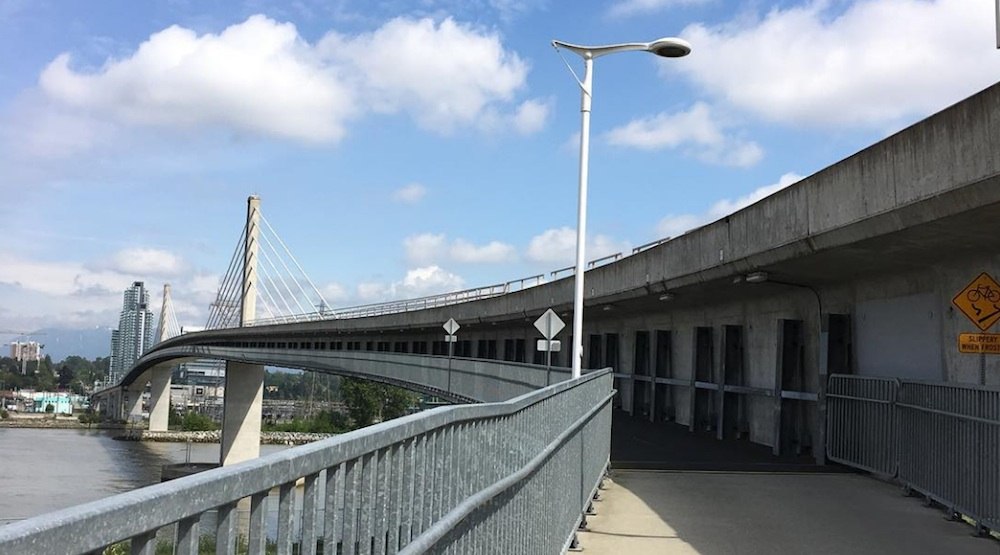 This is certainly not a suggestion to illegally break doors open and walk on the SkyTrain tracks. However, with instances of multi-hour delays on the Canada Line over the past week due to snowfall-related service disruptions and huge queues for bus bridge shuttles, there is an alternative for those looking to cut the wait time and add to their daily footstep count.

There is a little-known designated, public pedestrian and bike path on the underside of the North Arm Bridge deck of the Canada Line over the Fraser River between Marine Drive Station and Bridgeport Station.

The semi-covered path begins at the southern foot of Cambie Street at West Kent Avenue, where there is a ramp that leads to the path, one city block south of Marine Drive Station.

The path ends on the other side of the Fraser River with a ramp to River Drive. A westward walk along River Drive will transition into River Road, leading right to the Bridgeport Station and bus exchange.

According to Google Maps, the complete end-to-end walking trip from Marine Drive Station to Bridgeport Station using the bridge’s public path is 2.3 kms or about 29 minutes. 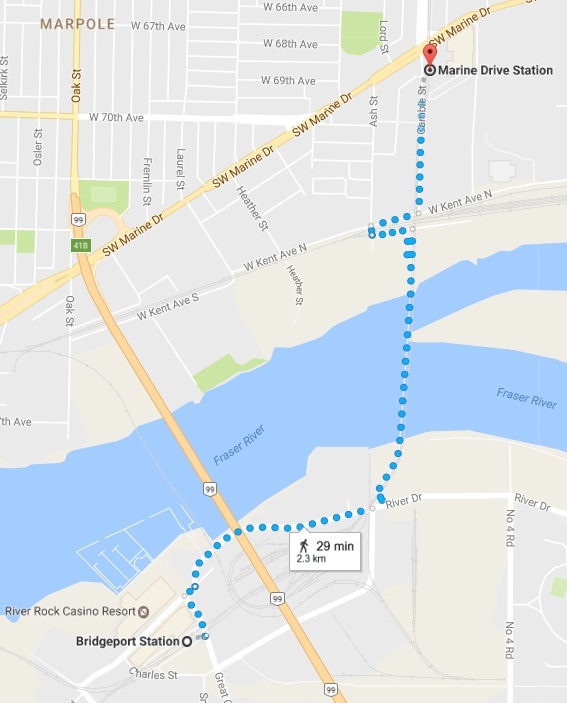 And with freezing rain and snowfall, it goes without saying that anyone venturing on the path should be extra cautious as conditions may be slippery.

The pedestrian and bike path under the North Arm Bridge was a late $10-million addition by TransLink towards the $2-billion train system project during the middle of the construction phase in 2007.

This afternoon was absolutely perfect for a bike ride – the temp was a tropical 1C (compare that with -6C at dawn earlier) so I just had to go for an adventure around the flatlands of Richmond! First off, going over the Canada Line Bridge. #CanadaLineBridge #WinterRide #Richmond #FlatlandAdventure #Vancity #Vancouver #BC #Canada #WestCoast #Winter