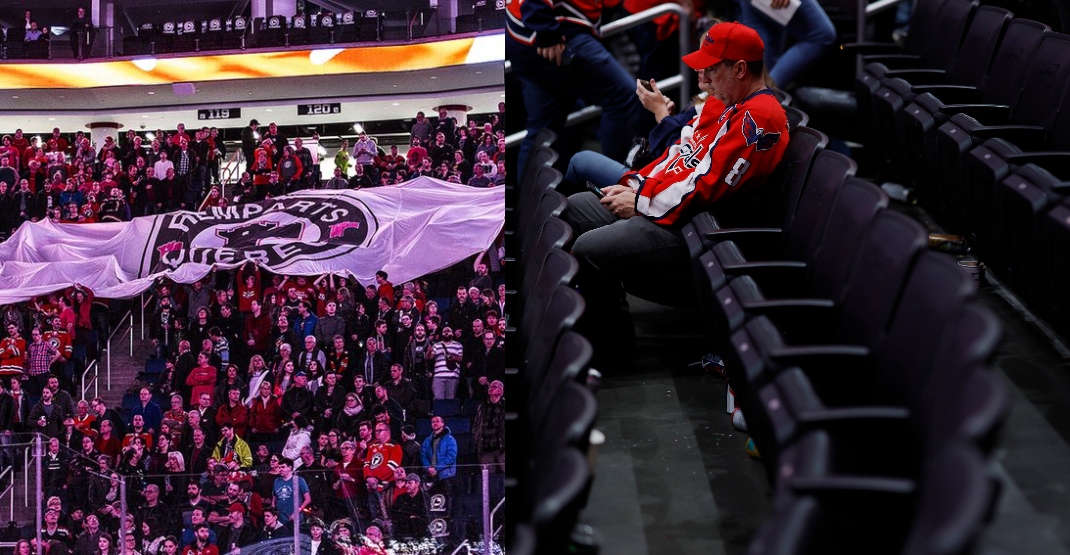 Over 14,000 fans were in attendance on Wednesday night as the Shawinigan Cataractes and Quebec Remparts faced off for a QMJHL semi-final playoff game. For context, that’s more butts in seats than the average attendance for NHL teams like New Jersey, Anaheim, San Jose, Buffalo, and Arizona.

Passionate Remparts and Cataractes fans roared as their young talent flew across the ice in a 5-3 battle that ultimately ended in Shawinigan’s favour.

In fact, the Remparts have been filling up a good chunk of their NHL-sized arena since they moved there in 2015. In their last season before the pandemic (2018-2019), the junior franchise’s home games had an average of 9,230 fans on any given night.

One could only imagine what the 18,259-seat Vidéotron Centre would look and sound like if the Nordiques were still around. It might even give Montreal’s mecca of hockey a run for its money.

Sadly, we may never know. Instead, we’ll all have to bear witness to the failed relocation experiment that is the Arizona Coyotes as they move to a college-sized arena next year that sits a measly 5,000 fans.

14,563 fans in Quebec City tonight for a junior hockey game. Meanwhile, the NHL’s Arizona Coyotes will play in a 5,000-seat arena next season. Somehow this makes sense to Gary Bettman. https://t.co/naykfHlDFi

It seems to only be a matter of time before hockey in the desert suffers the same fate as fellow failed expansion team, the Atlanta Thrashers, and relocates to a more viable hockey town. For them, that was a move to Winnipeg. And since returning to the league, the Jets have maintained a great attendance record (99.6% in 2019) in their arena of 15,321.

The case for an NHL franchise in la belle province is certainly strong. Despite much of the Quebec market belonging to the Montreal Canadiens — who have played multiple preseason games in Quebec City — and unique language issues, there’s no denying that the league is better off filling up the second-newest and seventh-largest indoor arena in Canada with passionate hockey fans than trying to keep desert ice frozen.

Sure, growing the sport is important, and the NHL has made some positive strides forward in recent decades. But how about we leave some room on the big stage for the province that originated the game.