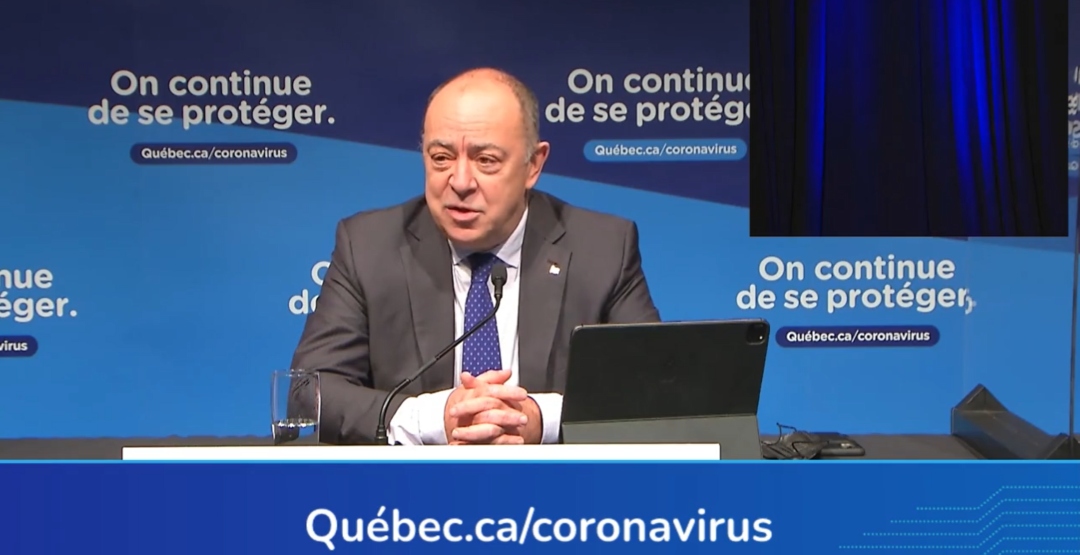 When Quebec announced a new financial penalties against those who choose not to be vaccinated, there was a brief flurry of speculation that maybe British Columbia might consider following suit.

But inside the BC NDP government, that was never going to happen.

“We’re not planning a similar measure in BC,” he said. “I would say that our vaccination campaigns, all of them, have been exceptionally successful here.”

There are several practical, ideological and personal reasons why BC so quickly pushed aside Quebec’s proposal for “significant financial penalties” against unvaccinated people.

Practically, there’s the difference in the vaccination rate between the two provinces. Quebec’s two-shot adult vaccination rate is 78 per cent, which is substantially lower than BC’s 90 per cent. Dix doesn’t think BC needs to take such drastic measures, in part because the uptake here has put us in a better place than Quebec in convincing adults to get the jab.

Ideologically, the BC New Democratic government has long been a vocal supporter of the country’s universal health care system.

Its ministers – including Dix and Premier John Horgan – frequently give glowing tributes to the late New Democrat icon Tommy Douglas, considered to be the father of the country’s public medicare system. They don’t view health care surcharges and penalties as keeping with the spirit of a system that provides free healthcare no matter who you are and what you’ve done.

It’s an important foundational principle for the BC NDP and for Dix in particular.  It’s why you’ll never see BC entertain the calls from some critics to force those who are unvaccinated to pay their own health care costs. Canada’s universal healthcare system covers everyone regardless of their decisions or actions, as stupid as they may be. It has no bigger backer than the BC NDP government.

Then there’s the personal aspect to why BC quickly shut down the Quebec proposal.

Quebec Premier Francois Legault repeatedly highlighted how the “majority” in his province want severe “consequences” for the unvaccinated, because they are clogging up the a health care system that is on the brink of collapse, forcing the cancellation of surgeries and procedures.

“It’s a question of equity because right now, these people, they put a very important burden on our health-care network,” said Legault. “And I think it’s normal that the majority of the population is asking that there be a consequence. And yes, we will continue to look at spreading the use of the vaccine passport, but I think we have to go further.”

It’s undoubtedly a very popular idea in Quebec, because it plays to the angry mob.

Say what you want about Dix and Provincial Health Officer Dr. Bonnie Henry’s approach on COVID-19 – and there is lots to criticize recently on rapid tests for example – but you’ll never be able to accuse them of pandering to the mob. They have deliberately and repeatedly done the opposite since the start of the pandemic, even when Henry’s message about kindness and compassion has been scoffed at by those demanding harsh COVID zero style lockdowns seen in other countries.

When BC implemented a vaccine passport that is required to attend restaurants and sporting events, Henry took pains to say there are always options for those who absolutely refuse to participate, including ordering take-out food and watching a Canucks game at home. They won’t be denied access to essential public services, she stressed.

The attitude, for almost two years, has been encouraging people to follow the rules and make healthy choices, rather than punishing them for not doing so. The vast majority of people have followed.

Quebec’s new health surcharge is definitely a punishment. It will apply whether an unvaccinated person needs to go to the hospital or not, according to Legault. And the surcharge will likely be hundreds of dollars, after Legault declared a $50 to $100 range as being insufficient on Tuesday.

Proponents of the idea say it’s not dissimilar to extra taxes on cigarettes and alcohol, which are subtle financial penalties on unhealthy behaviour. But the vaccine surcharge will be significantly more expensive, and hits at fundamental health care rights rather than consumption choices.

It also raises immediate questions about ethics and fairness. What happens to people who can’t afford to pay? And can the decision withstand what will be an inevitable court challenge on access to universal health care and constitutionality?

But anyone hoping or thinking BC will change its mind and join Quebec to fine unvaccinated people, is entirely misreading this province’s current government and attitude of its health care leadership.