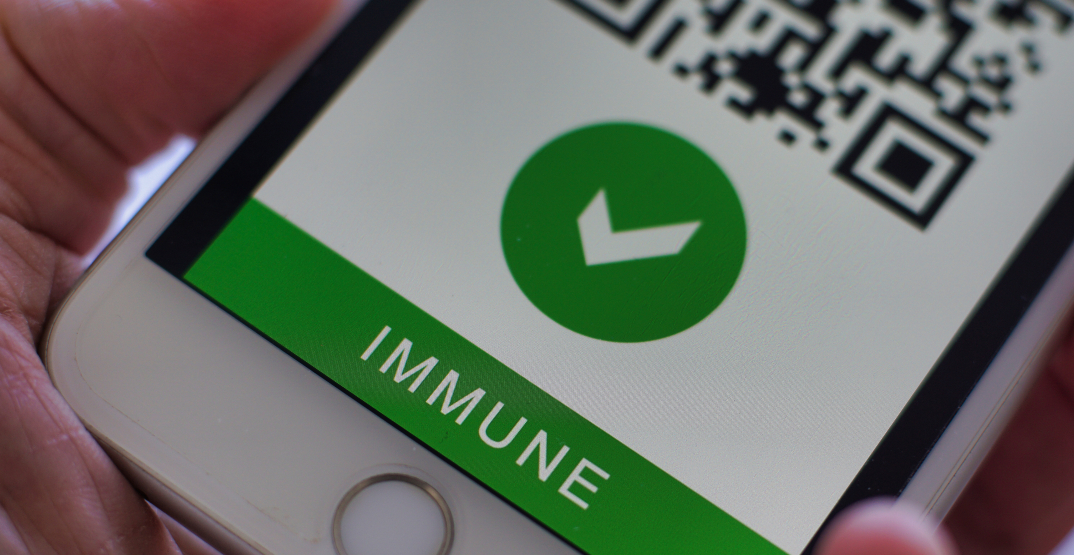 Quebec has become the first province in Canada to implement a COVID-19 vaccine passport.

During a press conference on Tuesday, Quebec’s Health Minister Christian Dubé said the vaccine passport would be implemented due to the increase in cases, the delta variant, and an imminent return to school and work.

Alongside Strategic Medical Advisor, Dr. Yves Jalbrt and Caroline Roy, a vaccination campaign advisor, said as of September 1, the passport will go into effect across Quebec.

Dubé says it’s an initiative that will help the government not “force another lockdown which we’ve done three times already.” In French, he said the passports would be used to “avoid a further lockdown” and confirmed that the fourth wave is “inevitable” across the province.

“As we look at what is happening elsewhere in the world, a fourth wave is inevitable in Quebec, unfortunately,” continued Dubé. “Despite all the work that has been done, we will not be able to escape the fourth wave.”

The vaccine passport will be implemented “gradually” over the following weeks. He says vaccine passports will allow people who are “adequately vaccinated” to have access to public events where there are many people and during activities with a “high socialization rate.”

Dubé says the vaccine passport will give fully vaccinated people “more freedoms” than those who choose not to get vaccinated.

He says primarily, the passports will be used at festivals and inside places with a high capacity, citing bars, restaurants, and fitness facilities as such places.

“The idea is to give access only to those who are fully vaccinated as of September 1 instead of closing them down and being forced to lock them down,” he said.

For the time being, Dubé says employees don’t need to have proof of vaccination as it would be against Quebec’s workforce code to force employees to be vaccinated.

Next week, the government will be using pilot projects to test out an app that can read QR codes for business owners and customers.

The app will be available for every generational mobile device and will be free for everyone to use in Quebec.

On August 23, the government will announce additional details on how customers and businesses can download the app and feature an “exhausted list” of targeted places that are urged to enforce the vaccine passport.

“To make sure everyone gets the dose, we are 1.1 million short of where we want to be in terms of vaccinations by August 31,” said Dubé. The health minister said it is important to get over 84% of the province fully vaccinated due to the delta variant being “more dangerous and contagious” than the preceding virus.

Dubé says should the government reach its goal, it will be among “the highest vaccinated places on the planet.”