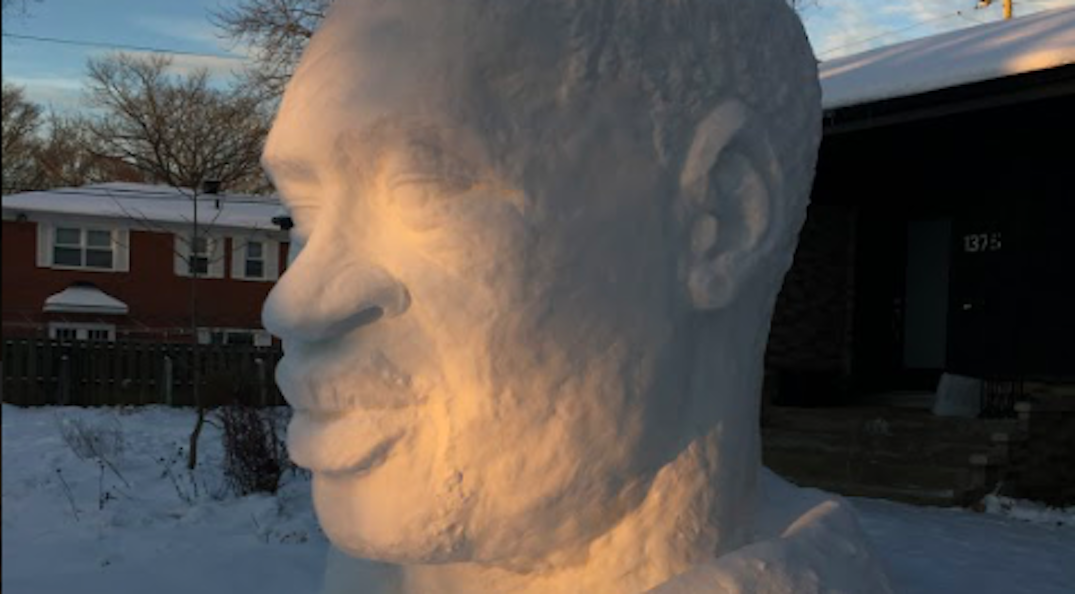 A Quebec City artist has paid tribute to George Floyd with a large snow sculpture, which he said was later vandalized.

Earlier this week, the artist Timothee de Sandro, spent 60 hours carving the massive sculpture for a birthday fundraiser to raise money for The National Institute of Criminal Justice Reform.

Floyd was killed at the hands of Minneapolis police in May, which launched wide-spread global protests.

However, on Thursday, de Sandro said the sculpture was vandalized.

In a Facebook post, the artist said, “after living 20 years in a cocoon and making 6 snow sculptures, I witness the denial of systemic racism in Quebec.”

He continued, “this intimidating act I denounce, is the daily reality of people of colour in our province. It’s time to give them their rightful place in a society of integrity, as well as at the forefront of the debate.” 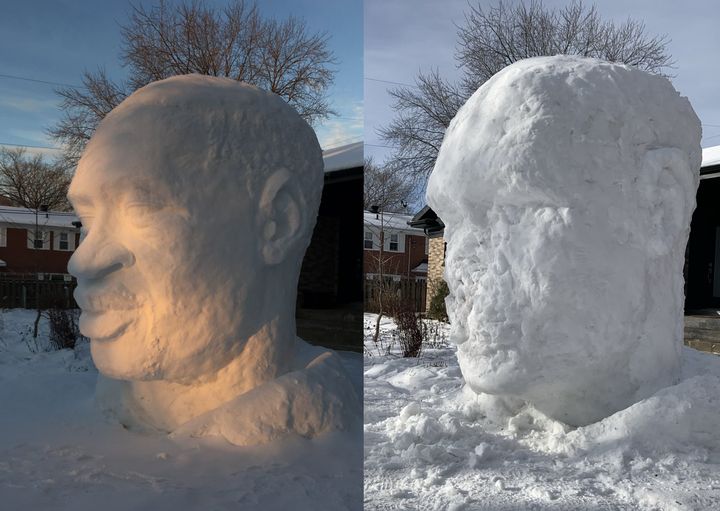 According to de Sandro, the sculpture was made at his family home.

The sculpture stands at about 11 ft. by 7 ft. and was made on the Esioff Patenaude Street in Sillery Québec.

Due to some weather conditions which affected the artwork, de Sandros said how long it can stay up is unknown with the unpredictable winter.

But after he tried to fixed the sculpture on Monday due to some melting, he claims it was later vandalized. He said that it took place in the early hours of the morning, when a loud group of people were heard in the neighbourhood. However, no one checked at the time to see if the sculpture had been tampered with. 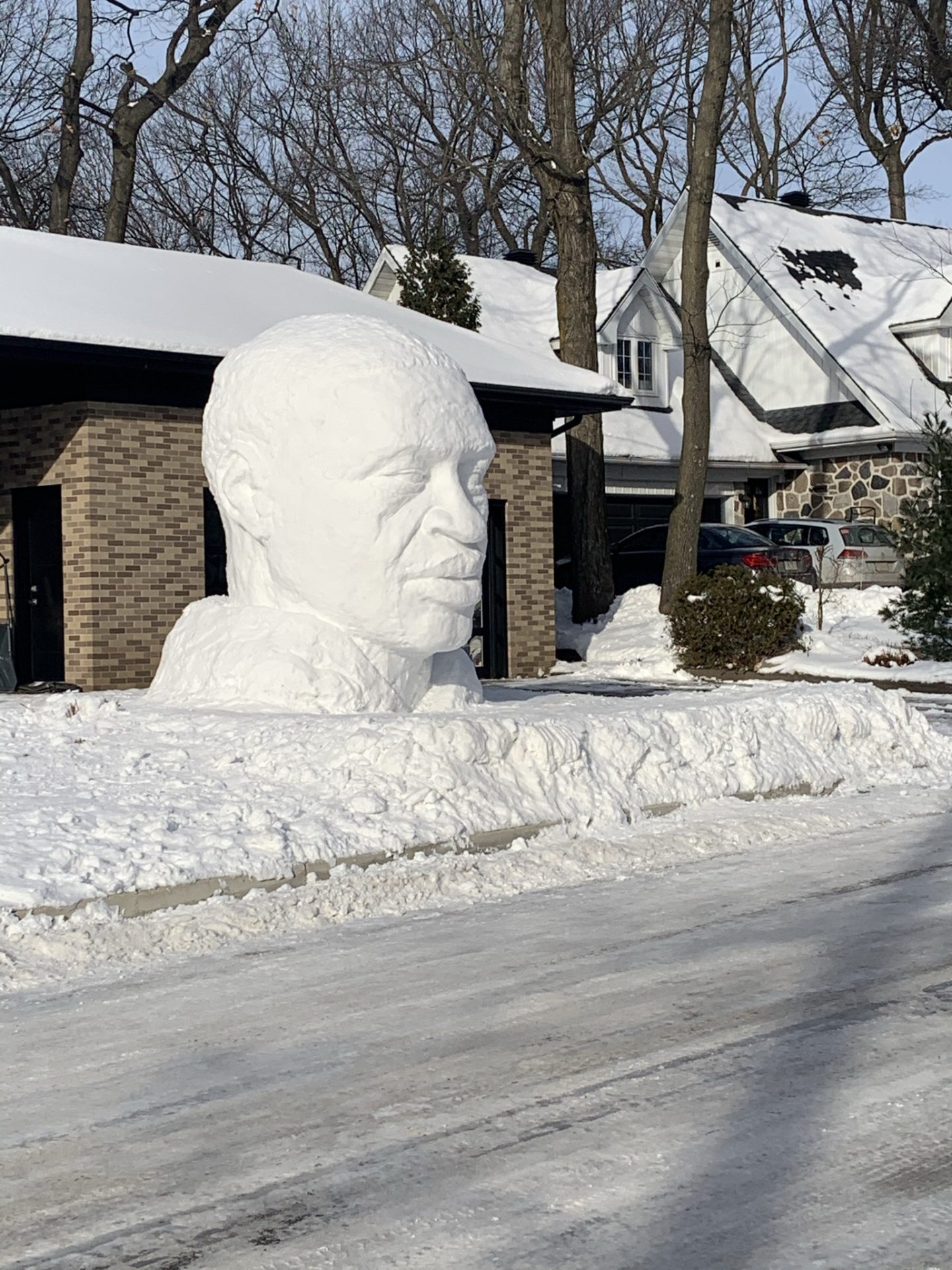 De Sandros said he selected George Floyd as a symbol because he thought it was the best way to draw attention and pay homage to all the victims of systemic racism.

“His face now haunting our collective conscience, to me, has to be the most famous obituary kind of photo in my lifetime, at least of current memory,” he said in a statement to Daily Hive.

“It’s high time to listen to Black voices. I set out to put my craft to the task of platforming the discussion.”

He added that George Floyd’s family reached out to him and said it made Christmas “magical for them.”