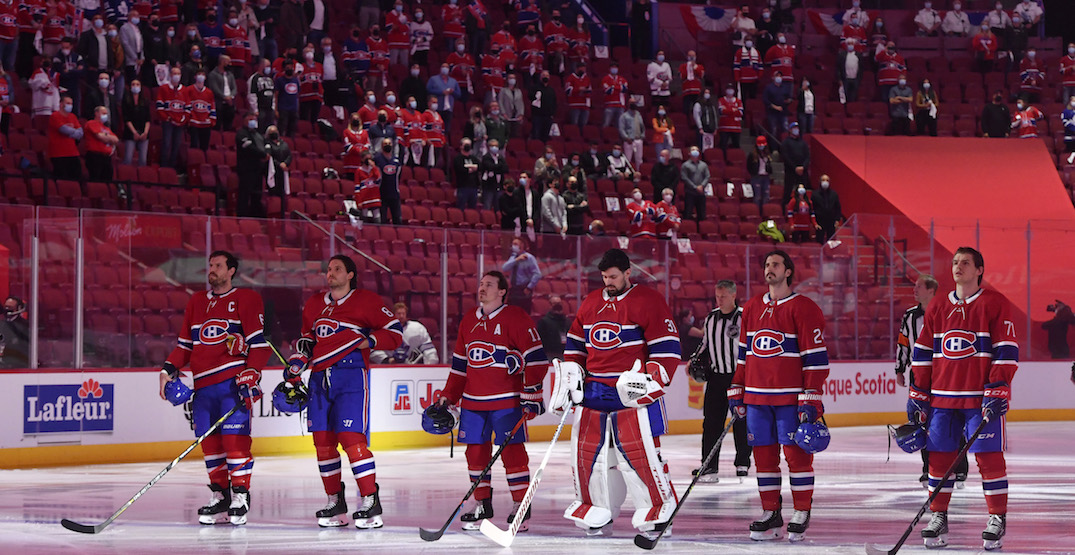 Quebec health authorities are giving the Montreal Canadiens a shot in the arm.

The Ministry of Health and Social Services has announced that shows and sporting events in the province will be allowed to hold 3,500 people, following a favourable recommendation from Santé Québec. It takes effect on Thursday, June 17 — one day before the Canadiens are set to host the Vegas Golden Knights in Game 3 at the Bell Centre.

That number boosts the Habs’ home ice capacity by 1,000, as the Bell Centre has hosted a maximum of 2,500 fans since Game 6 in the first round. It’s a far cry from the full arena of over 18,000, like the Golden Knights are allowed in Las Vegas, but it should provide a tangible difference nonetheless.

Montreal hasn’t lost a home game since fans were allowed to return, beating the Toronto Maple Leafs on May 29, and completing the sweep of the Winnipeg Jets on June 6 and 7.

The Canadiens dropped the opening game of their third-round series in Las Vegas on Monday, and will look to even the series Wednesday night in Game 2. Games 3 and 4 are scheduled to take place on Friday and Sunday in Montreal.