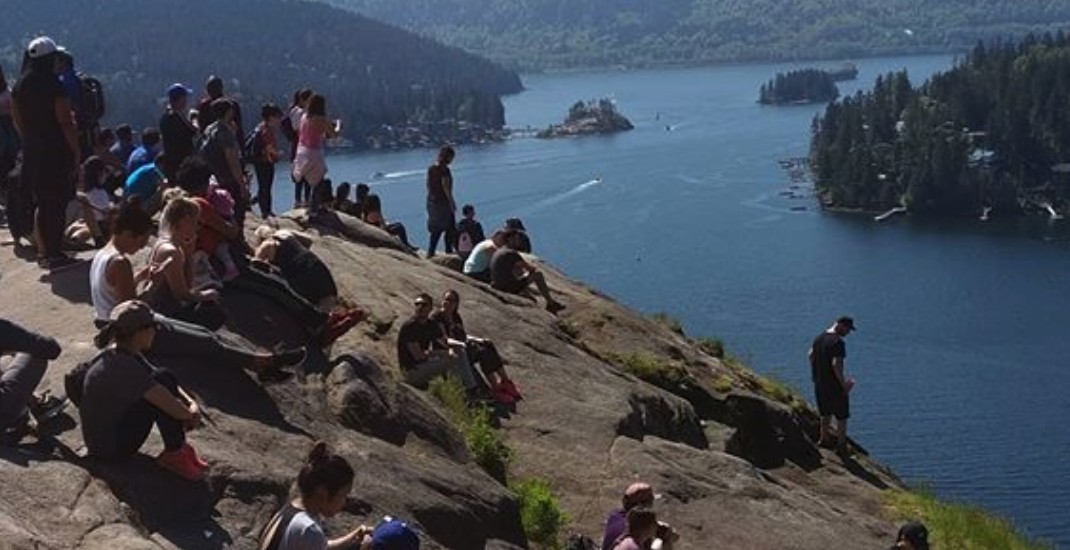 You can expect one popular North Vancouver hike to be a bit less crowded this summer because the District of North Vancouver is putting a limit on the number of people allowed at the top of Quarry Rock.

The District of North Vancouver announced new restrictions for the Deep Cove hike, which includes stricter parking regulations. The city also said there will be a maximum of 70 people will be allowed on the rock itself, and this will be monitored by park rangers in consultation with Police, DNV Fire, and North Shore Search and Rescue.

On spring and summer days, the rock becomes overcrowded with hikers and the District of North Vancouver said park rangers will “monitor and manage the visitor capacity at Quarry Rock to ensure public safety.”

The District of North Vancouver noted that last summer, DNV “Fire and Rescue Services responded to 30 calls for rescue and assistance on the Quarry Rock Trail.”

Park Rangers will be using use social media to share real-time information about parking availability and crowd conditions with visitors before they even get to the Cove.

The new parking and hiking restrictions will take effect for the May long weekend, and remain in effect until the Labour Day weekend.