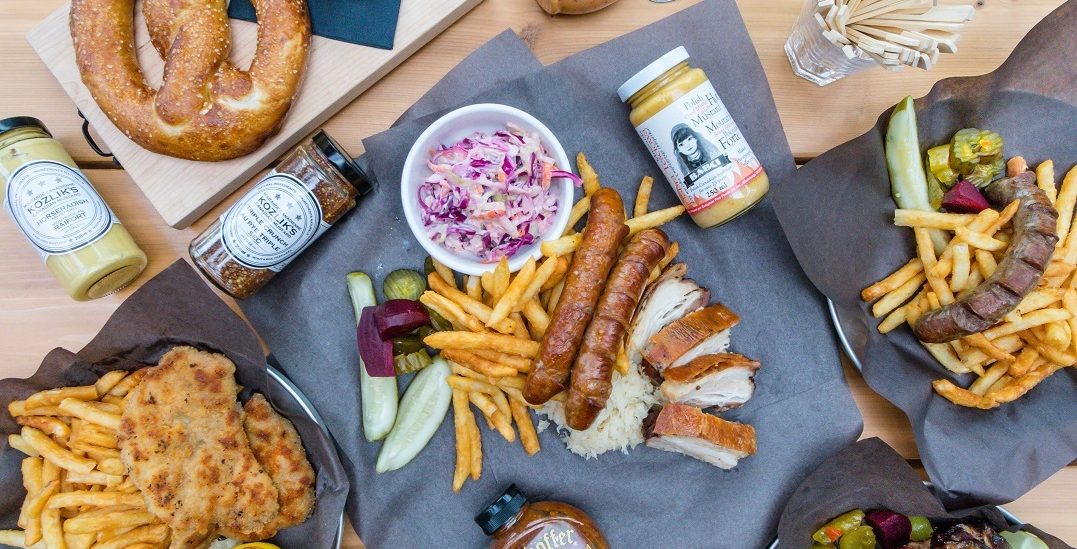 When you think of Oktoberfest, what do you imagine?

Centuries of celebrating the famously beer-filled festival might have you dreaming of raising the rim of a sudsy glass to your lips.

Maybe it’s the smell of juicy artisanal sausages, freshly twisted pretzels, and sizzling pork cutlets that has you thinking of Munich’s most renowned cultural event. Maybe it’s fair-haired maidens in traditional dirndls or burly Bavarian men in lederhosen. Either way, no judgement.

Regardless of what pops into your mind, the reality is that participating in the festival is a bucket list item for many people around the world. But, if you’re one of the many Vancouverites who can’t make it to Munich this year, Prost Haus is holding its very own Oktoberfest complete with a traditional Warsteiner tasting and pig roast on October 3.

Stepping into Prost Haus, located in Vancouver’s downtown core, should feel like getting an authentic slice of the Oktoberfest experience. A ticket to the event costs just $25 and gets you a nice slice of pig roast served with potato salad, green salad, and roasted root vegetables as well as one house-made pretzel and a complimentary, very famous, Warsteiner beer.

Warsteiner is important to the history of Oktoberfest. It’s brewed in the Arnsberg Forest Nature Park outside of Warstein in Germany, and the company that makes it has been doing so since 1753. They’ve been working on this recipe for 266 years, guys, and now you can get a glass of it close to home.

If you do decide to make the trip to Prost Haus, you can also expect to take part in lots of general merriment, as is the Oktoberfest way. There will be games, prizes, and awesome live entertainment starting from 6 pm.

Traditionally-dressed wait staff will be there all night, maybe to fetch you a shiny new beer receptacle from the enormous stein cupboard in the corner of the room. Yes, they have one of those!

Secure your spot at the table to avoid missing out on this event. Of course, because of the nature of the event, it’s a no-minors zone. But for anyone over the age of 19 craving an excuse to have a really incredible Thursday, the door is open.

Those who can’t make it on Thursday night can also hold out for Prost Haus’s Oktoberfest weekend, starting only one day later. From Friday to Sunday, they’ll be hosting a Jagermeister party (who knew there was such a thing?) with Heinrich, live entertainment, DJs, more games, and more prizes.

It’s going to be one hell of a weekend. Just make sure you pair all those German brews with some warm, salty pretzels.