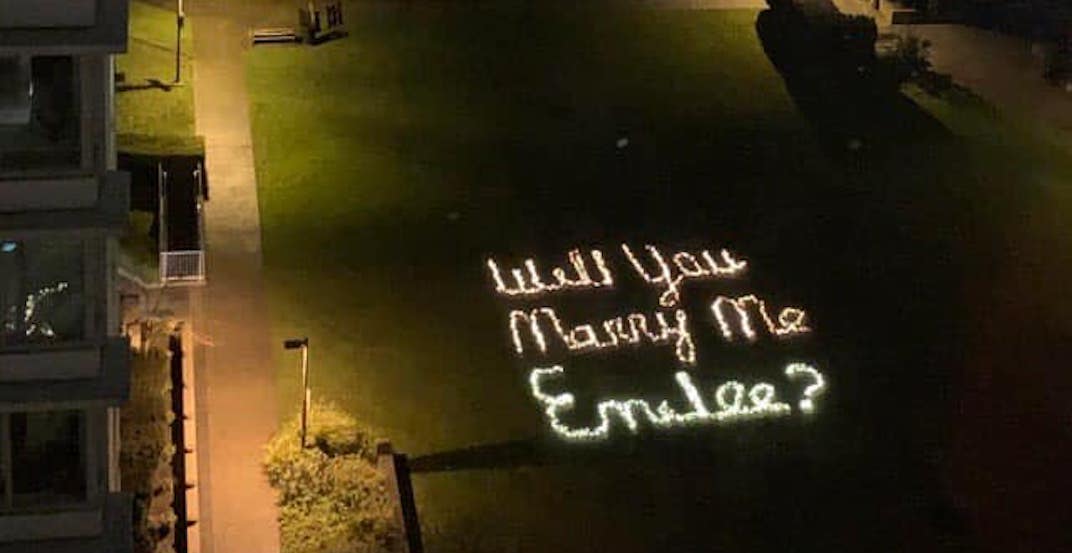 A public proposal that lit up Coal Harbour in Vancouver went viral, leaving many wondering about the fate of the couple behind it.

Written in big bright lights were the words, “Will you marry me Emilee,” with the user who uploaded the post to Reddit adding, “not sure if she said yes.”

Luckily, we have the answer.

Moore says the proposal took place on her birthday, and although she had a slight idea of what could come in the days leading up to it, she reports being surprised when it actually happened.

“It happened on my birthday. I thought it could possibly happen then, because I knew he was going to propose sometime in the next little while, but I didn’t see it coming anymore that day because he made it such a casual day,” Moore said to Daily Hive. 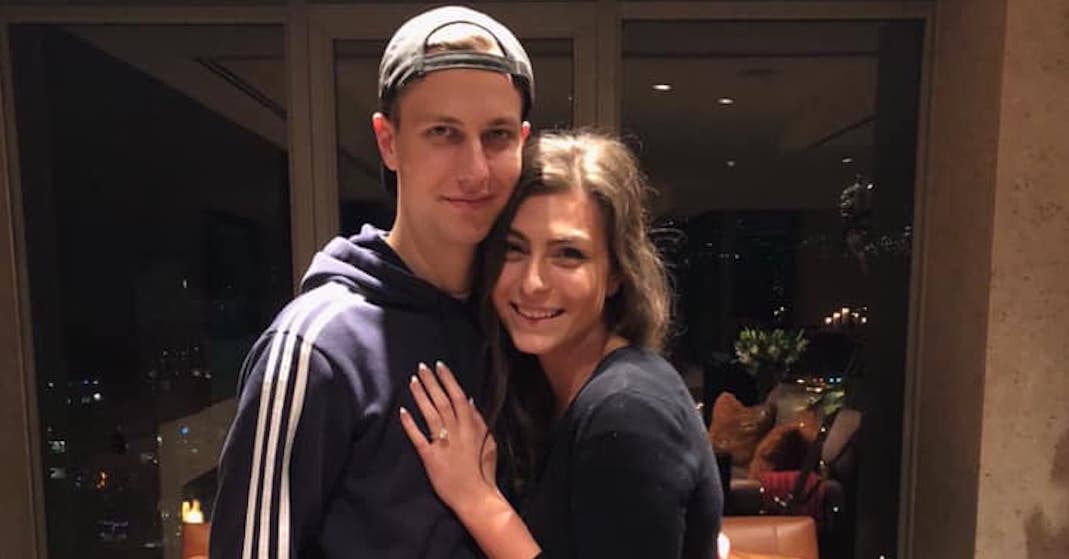 “In the evening he took me to the spot where he proposed, and as soon as I opened the door and saw all the lights, candles, and rose petals I knew it was happening.”

In terms of how he decided how to propose, she said the lights were a perfect fit.

“My fiancé loves lights, and so he thought what better way to do it than to ask the question in the form of many many lights laid out on the grass,” said Moore.

The happy couple plans to get married next August.

Xander, Moore’s boyfriend-turned-fiancé, thankfully made sure to capture the special moment Emilee noticed the lights, and when he got on one knee.

Watch the videos below.