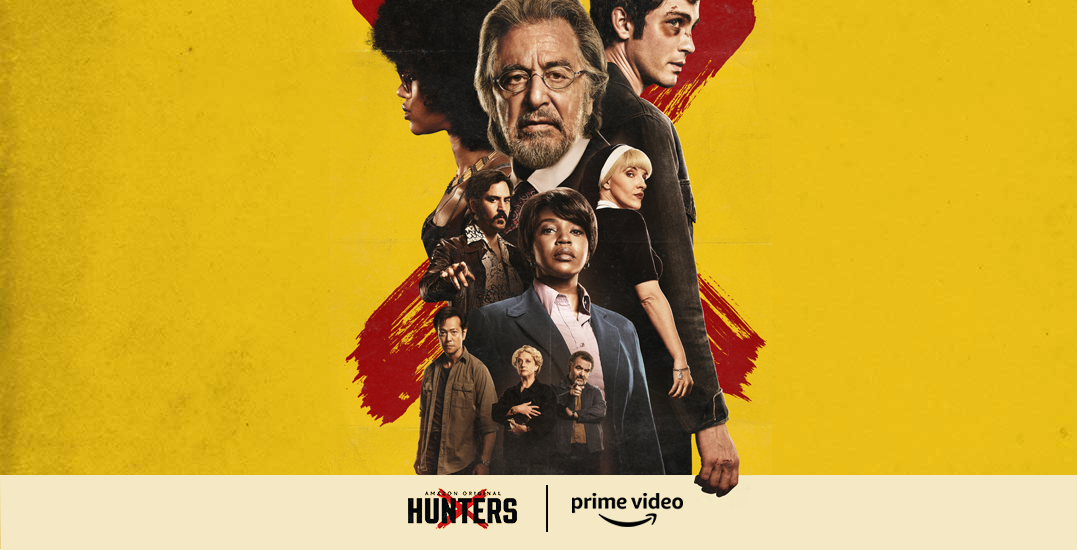 Prime Video has just released the first 10-episode season of their newest Amazon Original show, Hunters. The series is an exciting reimagination of history, as well as an empowering revenge fantasy surrounded by thrilling conspiracy.

Looking back at history has been a popular through-line in film and television recently.

While documentaries can reveal a specific era that may still be relevant today, making these true stories fictionalized gives the audience a chance to emotionally invest in them and connect on a personal level. Hunters — by looking at these true stories from different angles and perspectives — allows us to see these stories we already have a connection with in new ways. 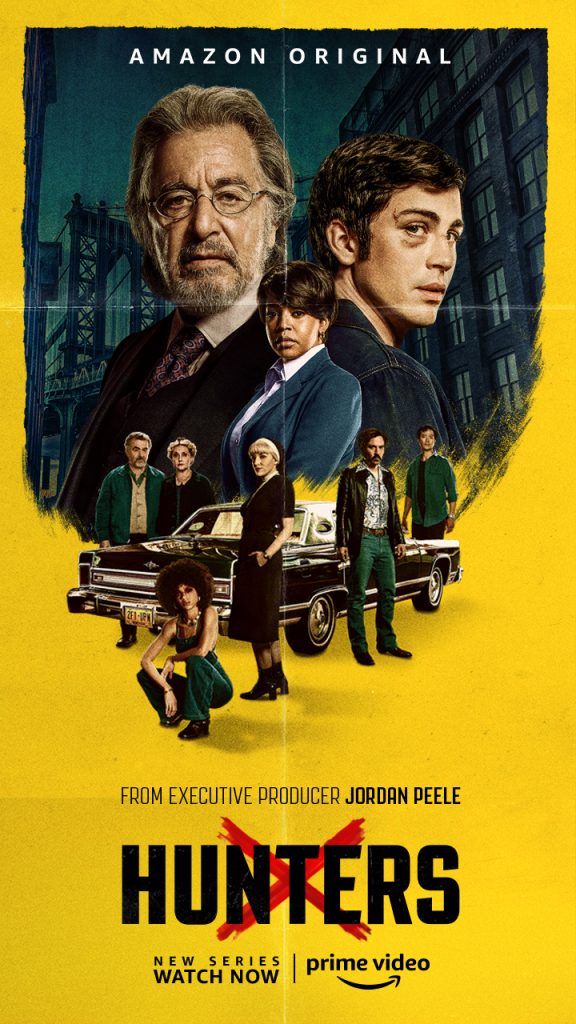 One of Prime Video’s popular shows, The Man in the High Castle, was an example of changing history to create a reality where the Allies lost World War Two. This was an opportunity for audiences to look at how things in our world may be different today, or how we should be wary of history repeating itself. Prime Video’s new tentpole series, Hunters, aims to recreate that question of “what if?” in thoughtful and captivating ways.

The show (which is based on true events) takes place in New York City in 1977, where hundreds of escaped Nazis now secretly live in anonymity. A vigilante crew called “The Hunters” seeks to discover and hunt down these Nazis, all the while uncovering a far-reaching conspiracy when time is not on their side.

Hunters is based on one of the darkest periods of human history and its aftermath, but it takes creative liberties in order to draw specific emotions out of the audience. The show is gratuitous, gory, explosive, and (perhaps unexpectedly) fun. The alternate reality here is seeing the evils of the world receive what they deserve.

Quentin Tarantino decided to end 2009’s Inglourious Basterds with Hitler being killed; being shot thousands of times. This is obviously not exactly how it happened, but just like watching Hunters, it feels satisfying. These stories are revenge fantasy, and we as an audience are smart enough to know the difference and to collectively witness their defeat as cathartic. 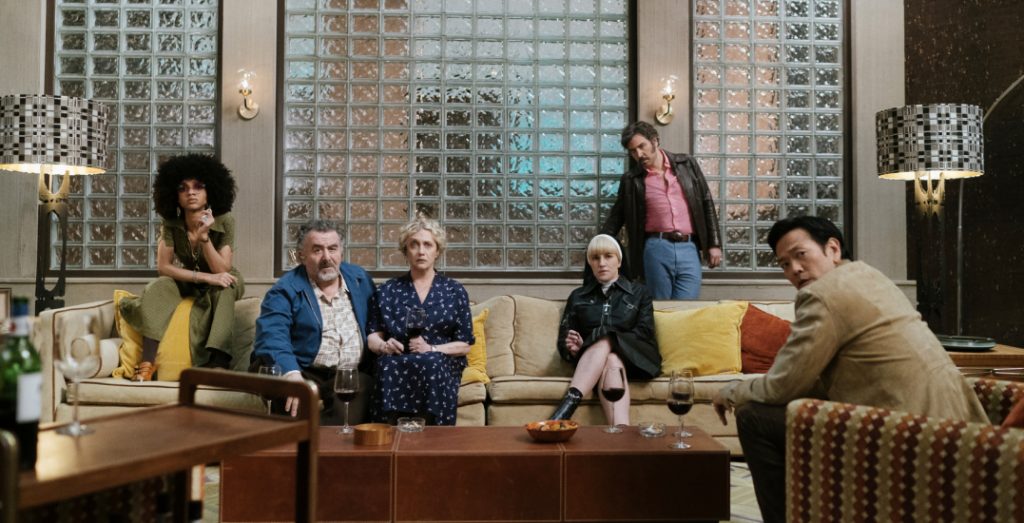 Jordan Peele is the Executive Producer on Hunters, and his last two horror movies are creative executions in bringing culturally relevant stories to the screen. In Get Out, Peele explored the casual and accepted racism masked by progressive thinking. Peele’s second feature film Us, using the horror genre once again, tackled class in the United States and the lengths we take to overcome it, or the hypocrisy to ignore it.

In Hunters, the Nazis have not only escaped but are planning The Fourth Reich. The show serves as a reminder that we cannot forget about these tragedies and the lingering danger created by them — even today.

The Amazon Original is a period story brought to life by a diverse ensemble cast, led by the always interesting Al Pacino who plays the eccentric millionaire, Meyer Offerman, a Holocaust survivor himself.

The other members of these homemade assassins include Jonah, a young PTSD-stricken Vietnam War Veteran, a British nun, a female Black Panther, a Jewish movie star, and a myriad of others. The story goes back and forth in time and location as the gang hunts down those answerable for their crimes against humanity. Each character has fleshed out specific motivations for why they would dedicate themselves to this dangerous task.

Hunters is stylish and thrilling, inspired by the horrors of the Holocaust and by Operation Paperclip, one of most terrible secrets in the history of the United States Prime Video has completely pulled off the difficult task of taking serious issues and placing them in a highly entertaining and binge-able television show.

You can go on this bloody quest for revenge with The Hunters by signing up for a free Prime Video trial today.