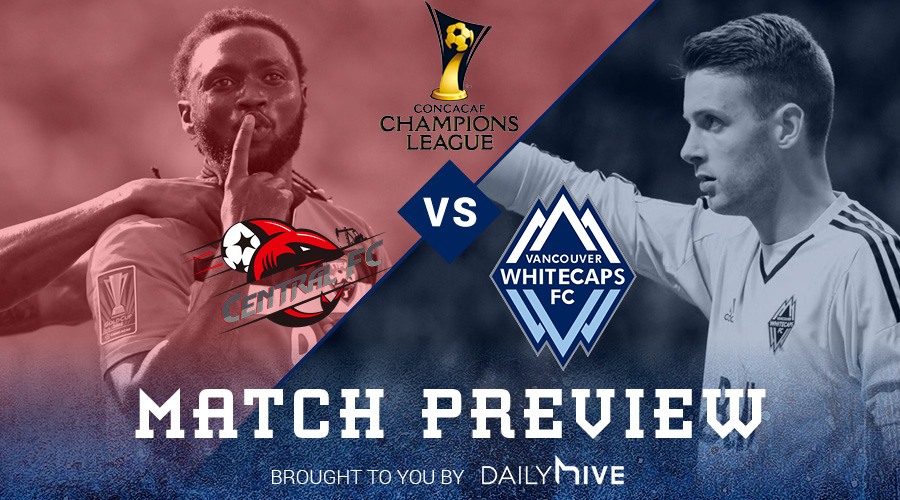 Fresh off a 2-0 loss to FC Dallas in MLS action this past weekend, the Whitecaps now kick off their 2016-17 CONCACAF Champions League (CCL) campaign tonight when they play Central FC at Ato Boldon Stadium in Couva, Trinidad and Tobago.

This is the Whitecaps’ second shot at the CCL, having previously played in the tournament in 2015 for the very first time. Last year the Whitecaps were drawn in the same group as the Seattle Sounders and CD Olimpia from Honduras, but did not progress past the group stage.

Just what is the CONCACAF Champions League?

The CCL is an annual competition for the top clubs in the CONCACAF region (North America and the Caribbean). The winner of the CCL automatically qualifies for the FIFA Club World Cup, where they will face some of the biggest soccer clubs in the world including Real Madrid, Barcelona, Chelsea and Bayern Munich.

Since 2008 the CCL has been won every year by a Liga MX club. Mexico City’s Club América are the current holders and have won the CCL for the past two years. The closest a team from Major League Soccer came to winning the CCL was in 2009 when Real Salt Lake lost to Monterrey, and in 2015 when the Montreal Impact lost to Club América.

This year the ‘Caps have been drawn in Group ‘C’ along with fellow MLS club Sporting Kansas City and Central FC. The ‘Caps will play their opponents both home and away, and Vancouver’s final group stage match will be on September 28th when they play Central FC at BC Place.

Should the Whitecaps win Group ‘C’ and qualify for the knockout round their next CCL match will likely take place sometime in February 2017.

Who are Central FC?

Central FC is a fairly new club, and played their inaugural season in the TT Pro League in 2012. They won their very first match on October 19th, 2012 beating Police by a score of 1-0. They went on to finish 5th in the league after survivng the midseason turmoil when manager Graham Rix resigned.

Outside of Trinidad and Tobago, the Sharks have twice won the CFU (Caribbean Football Union) Club Championship.

The entire Central FC squad are from Trinidad and Tobago with the exception of defender Upston Edwards and goalkeeper Akel Clarke, who hail from Jamaica and Guyana respectively.

Central’s most recognizable player is striker Kenwyne Jones, who played in the UK for several clubs including Sunderland, Stoke City and Cardiff. On July 15th Jones signed a contract with Atlanta United, who will play their inaugural MLS season in 2017.

And what about the Whitecaps?

Let’s be honest – this match isn’t a big priority for the Whitecaps.

The ‘Caps have been shaky in MLS league play all season and lost the Voyageurs Cup on a shocking last minute defensive collapse. While there is still plenty to play for this season, the Whitecaps will probably keep their focus on improving their MLS form and making a deep playoff run.

Carl Robinson may select a stronger team when the Whitecaps play the home legs of their CCL matches, but tonight the match could feature a number of players that are further down the depth chart.

Also in the squad tonight are 4 players from the Whitecaps’ USL team, Whitecaps FC2. Goalkeeper Spencer Richey, defenders Sem de Wit and Brett Levis, and striker Kyle Greig are among the top players on Alan Koch’s WFC2 team. These players have been instrumental in propelling the Thundercaps from the basement of USL to the top of the Western Conference in just their second season in the league.

Their addition to the CCL squad will provide Robinson with some good options. Richey will most likely be the reserve goalkeeper, but de Wit and Levis are the foundations of a solid and reliable WFC2 backline.

Greig, at 26-years-old, is the oldest player on Whitecaps FC2, but brings years of experience to the table. His 10 goals and 1 assist make him the WFC2 scoring leader, and places him third most for goals scored in USL.