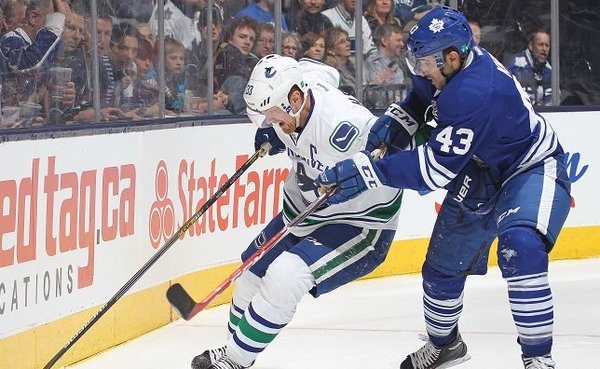 Nobody thought the Canucks would continue their unlikely start to the year. With four wins to begin the season, it did look like Vancouver might remain competitive in a fairly weak Western Conference. However, reality has set in and, combined with a few unfortunate injuries, has brought the Canucks crashing back down to Earth.

They’ll look to finally get back in the win column tonight in Toronto.

Injuries continue to make life difficult for the Vancouver Canucks. Chris Tanev, Alex Edler, and Derek Dorsett are injured and won’t play. Troy Stecher has been recalled from Utica once again and will likely draw in for his fourth NHL game tonight. 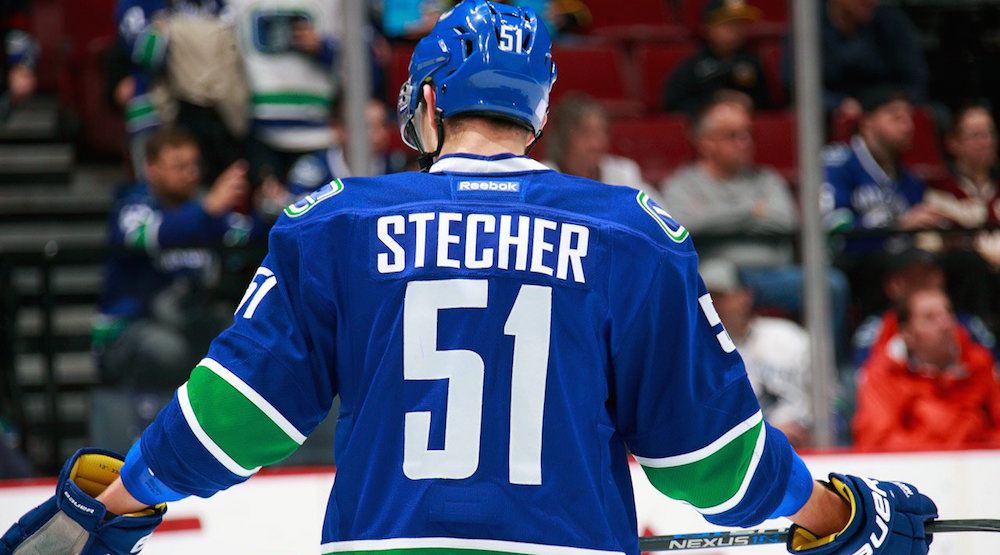 So if Troy Stecher’s preseason was an audition and his first three-game stint in the NHL in October was Act I, it’s safe to say fans and the coaching staff are looking for his upward trajectory to continue.

Clearly a favourite of head coach Willie Desjardins, Stecher should see plenty of ice-time tonight depending on who he is paired with. His partner from his first three games, Alex Edler, is out day-to-day. He’ll be paired with human mountain Nikita Tryamkin, and he should see time on the Canucks’ league-worst power play.

Stecher is fun to watch and hopefully signals a new direction for Vancouver prospects.

This much is clear thus far into the season: the Canucks can’t score. In 11 games, they’ve only scored 16 goals. That 1.45 goals per game average is far and away the worst in the NHL and it doesn’t show many signs of improving.

When the puck drops this afternoon, Vancouver’s goalless streak will be at 142 minutes and 43 seconds. Toronto is towards the bottom of the league in goals against, so perhaps this is the opportunity every player on the Canucks was waiting for!

The lack of offence has become almost a spectacle in and of itself at this point. Even one of the local BCHL teams is starting to chirp the boys in blue and green…

Hey Vancouver-area hockey fans! Do you like seeing goals? We are averaging 6 goals per game at home, and we're playing tomorrow at 6:30 PM. pic.twitter.com/IQKtHTim8o

Do any of the Surrey Eagles feel like suiting up for the Canucks?

For a long, long time there was a void of hope, positivity, and optimism in what some call hockey’s capital. Well, that time has seemingly come to an end.

With an injection of youth, folks in Leaf-land finally have something to smile about. In fact, you can bet some smiles from Auston Matthews four-goal opening night have yet to fade.

The team won’t turn things around immediately and will probably finish towards the bottom of the league again this year, but there is certainly a different feeling around the Air Canada Centre and the rest of the city.

The Leafs are a respectable 4-4-3 this season, and are on a two-game winning streak. New goaltender Frederik Andersen got off to a rocky start in Toronto, but he’s found his groove of late, posting a save percentage above .935 in four straight games.

Up front, Toronto’s youngsters have been outstanding. The Leafs’s top-three scorers are all 20 years old and under.

On the blueline Toronto is led by two youngsters: Morgan Rielly (22) and Nikita Zaitsev (25).

The Canucks’ four-game winning streak to begin the season was fun, but it already feels like forever ago. Much like that start was predictably unsustainable, it’s likely the Canucks won’t lose the next 71 games to finish off the season. No better place to right the ship than in the centre of the universe.