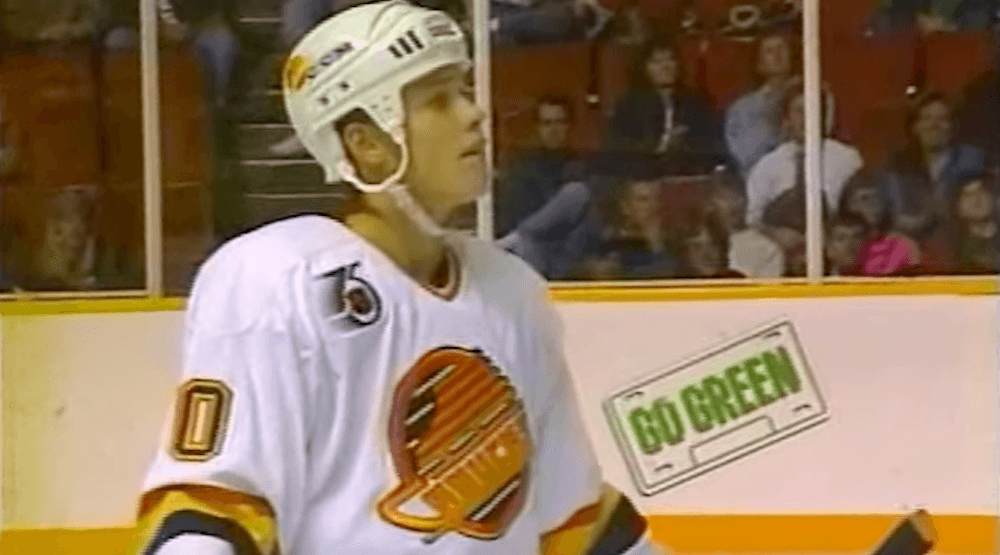 It was 25 years ago on this day that Pavel Bure first graced the ice for the Vancouver Canucks.

This city’s never been the same since.

On November 5, 1991 in a game against the Winnipeg Jets, Bure thrilled a packed house at the Pacific Coliseum despite not scoring a single point. Everyone in attendance (the game wasn’t televised) instantly knew that Vancouver had a superstar in the making after just one glimpse.

Bure had three shots on goal and drew seven minutes in penalties in a game that ended in a 2-2 tie. He was named the game’s third star.

Here’s how sports writer Tony Gallagher described the game at the time:

Although he isn’t a left winger, premier Mike Harcourt could well have named him minister for speed and stick handling yesterday as his rushes brought standing ovations and tumultuous cheers from the faithful throng. And win or lose, the prospect of watching this fellow for the next 10 years would have to bring a smile even to the kisser of Don Cherry.

And though he didn’t get on the scoreboard, he drew seven minutes in Jet penalties, and was stopped three times while in cold by Winnipeg goalie Rick Tabaracci.

After mocking the Jets defence by splitting it once and walking around another seemingly lead-footed defender at the end of a long shift, he was loyally introduced to the violence of the NHL. Doug Evans smacked him in the face with his stick, and took a five-minute major and a game misconduct, but the Canucks were unable to capitalize.

It would have been a big deal for any team to get a player like Pavel Bure. But in Vancouver in 1991, it was extra special.

The Canucks had just two winning seasons (in 1974-75 and 1975-76) in franchise history before Bure arrived. With apologies to Stan Smyl, he was the team’s first superstar.

Bure’s arrival coincided with the arrival of the Canucks as a proud franchise, and he was a major part of that.

The Russian Rocket didn’t score a goal until his fourth game of the season against the LA Kings. He went on to lead the Canucks in goals with 34 in just 65 games, and captured the Calder Trophy as NHL’s Rookie of the Year.