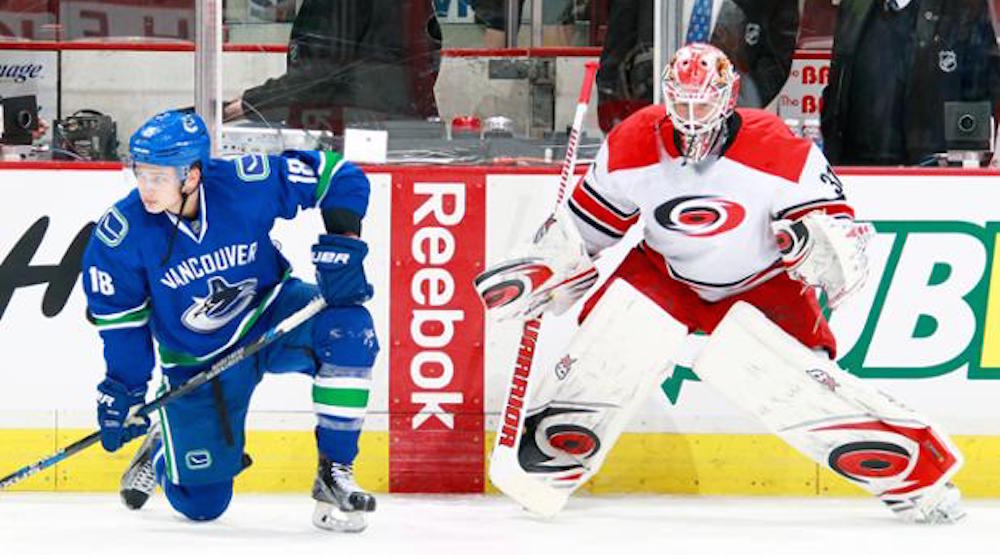 The Canucks opened their 2016-17 NHL season with a 2-1 shootout win over the visiting Calgary Flames. It was a mildly entertaining affair, leaving just as many questions as answers. Although you can’t really complain too much after a Canucks victory

Other than Markstrom, no other lineup changes for the #Canucks tonight.

Expect the Canucks to go with the same lineup as last night, except in net. Jacob Markstrom will get to start even though Ryan Miller posted a 25-save victory against the Flames.

1. Eddie Lack is back 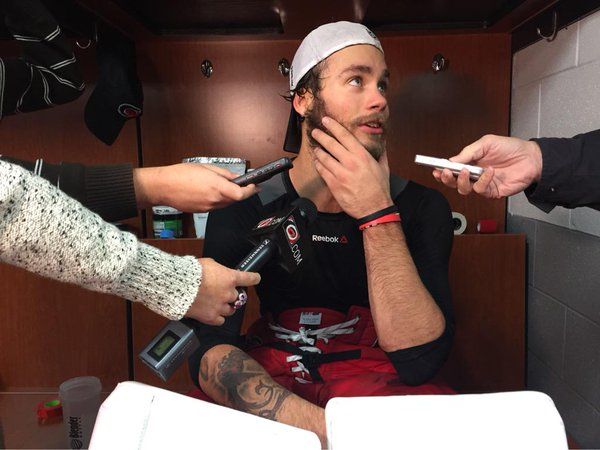 Eddie Lack will make his first start of the season for the visiting Hurricanes, and will undoubtedly be met with much fanfare from the Vancouver crowd. Lack was extremely popular in his two seasons here before he was traded away in June 2015.

Lack had a relatively forgettable first year in Carolina, posting a 12-16-6 record with a 2.81 GAA and .901 SV%. Canucks fans may or may not recall that he’s already played a game at Rogers Arena with the Hurricanes – a 3-2 Canucks win in January.

Ironically, in the other crease will be the goaltender the Canucks decided to keep in favour of Lack. Fellow Swede Jacob Markstrom looks to continue his strong play from last month’s World Cup of Hockey.

One of the biggest talking points heading into last night’s opener was Bo Horvat’s placement as the fourth line centre between Alex Burrows and Derek Dorsett. While coach Willie Desjardins said it was to spread out the offence, Canucks fans couldn’t help but think that Bo’s offensive game would be stifled.

The fans were right, as the line were hardly noticeable over the first two periods. Then, at the start of the third period (after killing an early penalty), Horvat was reunited with Sven Baertschi and Jake Virtanen four minutes into the frame.

Here it is: Horvat between Sven and Jake. Only took 44 minutes! #Canucks

The reunion lasted ONE SHIFT as coach Desjardins returned to the original lines for the rest of the game.

I’ll be extremely interested to see where Horvat lines-up for the game tonight.

What a play by Gudbranson to knock the puck away from Ferland on a breakaway. Guddy is the goods.

Tonight’s anthem singer Marie Hui will motivate the team and get the crowd going before the puck is even dropped. Look for the Canucks to feed off that, and win 4-2, with big games from Loui Eriksson, Sven Baertschi, and Bo Horvat.