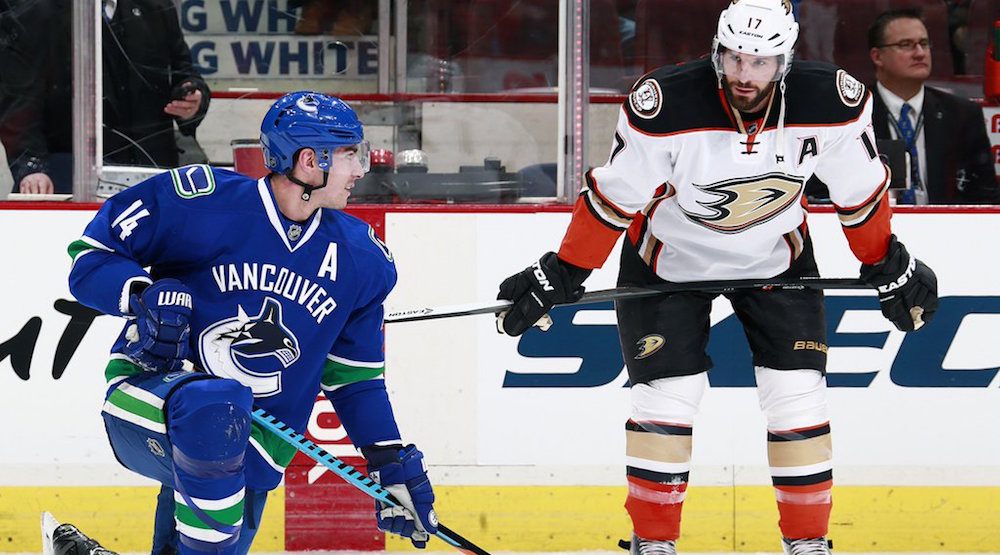 After a rough month of November in which the Canucks went 5-8-1, the team looks to start off the month of December with a third straight win. Since their horrible nine-game losing streak, the Canucks have put together a respectable 6-3-1 record in their last 10 games.

A few factors have contributed to their recent turnaround: more scoring, the hot trio of Baertschi-Horvat-Burrows, the emergence of rookie blueliners Troy Stecher and Nikita Tryamkin, and a power play that actually works once in a while.

The Canucks held an optional skate on Thursday morning, but I don’t anticipate any lineup changes from the team that beat Minnesota on Tuesday night.

The only exception may be in goal, but we’ll see.

Four of the Canucks’ five goals in their 5-4 win over the Wild were a direct result of shots from the point getting through to the goaltender. Three goals were deflected off of point shots while another point shot initiated a scramble in the crease.

Defenceman Troy Stecher has a knack for getting pucks to the net, and it seems he’s rubbing off on Ben Hutton (and even Luca Sbisa). Both rearguards were extremely effective on Tuesday night getting their shots through both on the power play and at even strength.

When you watch the replays of the goals, you’ll notice that they aren’t trying to hammer the puck with slap shots. Rather, they are wristing the puck low and hard towards the net, making it easy for their forward to deflect the shots. I’m sure they appreciate not having to duck and/or hope they don’t get hit in the back.

2. The third line that’s playing like a first line 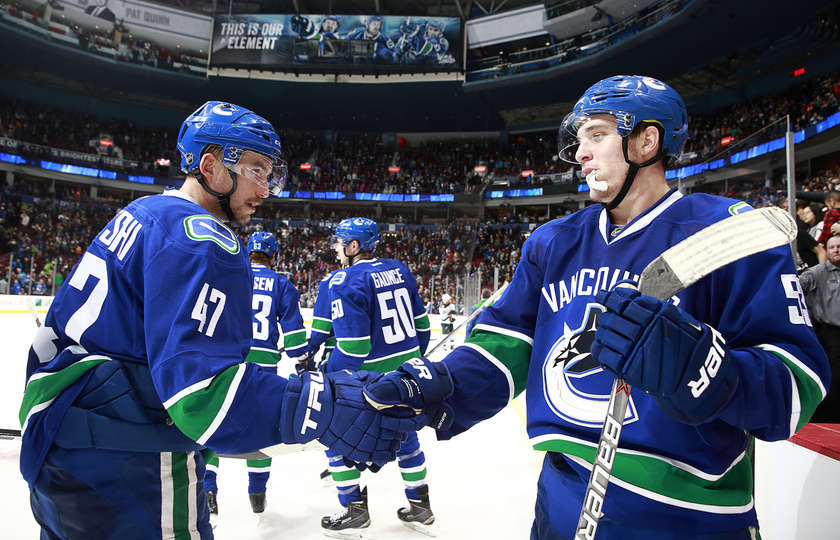 Ever since head coach Willie Desjardins put Alex Burrows with Bo Horvat and Sven Baertschi, all three players have seen an uptick in their points. Horvat has 12 points in his last 11 games, Burrows has nine points in those same 11 games, and Baertschi has eight points in his last nine games (he missed two games due to a foot injury).

Burrows is showing that he still has a lot of gas left in the tank, while Horvat and Baertschi continue to gain confidence. Together, the line plays with a lot of energy, grit, and determination and they have come up with some big goals over the last three weeks.

They have been getting comparable even-strength minutes to the so-called second line of Loui Eriksson, Markus Granlund, and Michael Chaput (?). Eriksson is starting to score more regularly while Granlund is helping people forget about Hunter Shinkaruk.

3. The Ducks are goons

Well, not exactly. But they are leading the league in total penalty minutes and number of major penalties.

I remember watching Anaheim’s 4-2 victory over the Canucks back on October 23 in the Ducks’ hope opener. While each team amassed a paltry four minutes in penalties, the Ducks seemed to be pummelling Vancouver into the ice on their way to a 37-23 hits advantage. 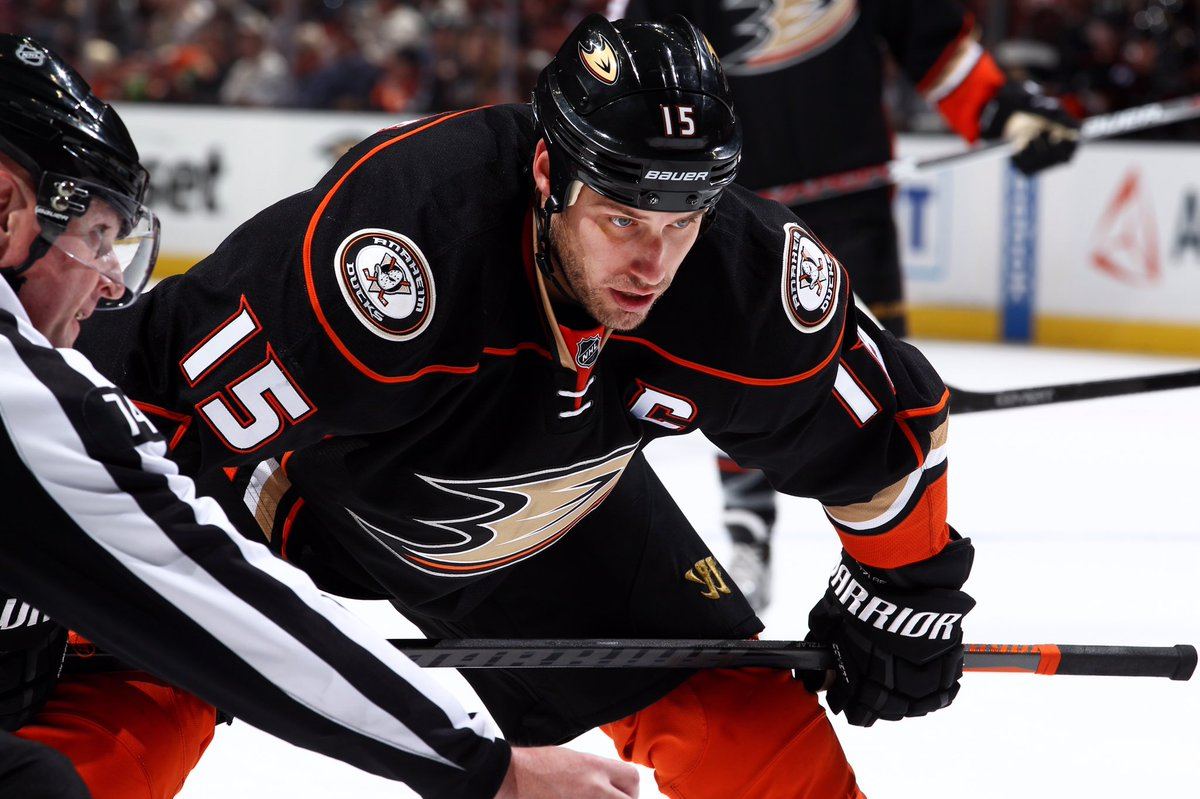 Anaheim’s leading scorers are not afraid to mix it up: the combo Ryan Kesler, Ryan Getzlaf, and Corey Perry have 54 points and 57 penalty minutes. Contrast that to the Canucks’ leading trio of Bo Horvat and the Sedin twins: 44 points and 24 penalty minutes.

Bottom line: the Canucks should expect to get hit. A lot.

The Canucks should be full of confidence after their exciting win over the Wild on Tuesday night. As long as they can avoid the big, bad Anaheim forwards, I can see a 4-3 win with goals by Horvat, Daniel Sedin, Eriksson, and Stecher.