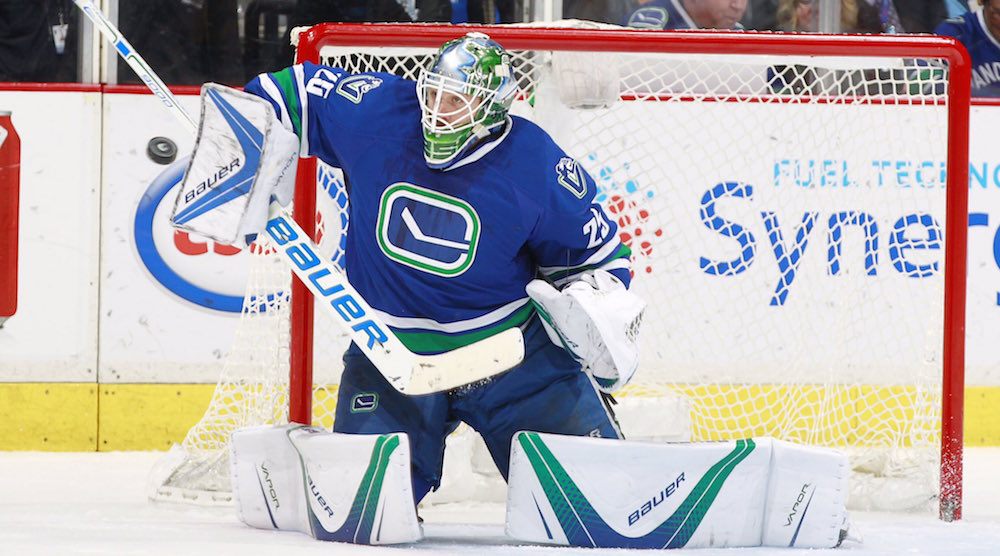 The Canucks wasted a good first period on Tuesday night en route to a 7-2 shellacking at the hands of the New York Rangers.

Vancouver will look to redeem themselves against the Arizona Coyotes. At the very least, Arizona appears to be in the same weight class as the Canucks, giving fans a glimmer of hope that the game will be competitive.

Jake Virtanen was home long enough to get his “stuff” and then this happened:

Meanwhile, fans will be blessed with the opportunity to watch Jack Skille on a regular basis.

Ryan Miller has the flu, so the Canucks are in need of an emergency back-up. This time that doesn’t mean an opportunity for a young goalie from UBC. Travel from Utica is too difficult, meaning that Michael Garteig, a rookie goaltender with the Alaska Aces of the ECHL, gets the call.

Jacob Markstrom will start in goal for a second consecutive game, allowing him a chance to redeem himself after a poor game against the Rangers.

1. Willie D on the hot seat

It is one game, but tonight’s game against the Arizona Coyotes could be crucial to Willie Desjardins in terms of keeping his job. This game has a lot of elements to it that would suggest that Willie could be out of a job if this game goes sideways.

The Canucks are 2-8-0 in their last 10 games, are coming off of an embarrassing 7-2 thrashing in front of their home fans, and are playing the only team in the NHL that has fewer points than them. On top of that, the Coyotes are playing the second half of back-to-back games after losing 2-1 in OT last night to the Calgary Flames.

It may not be entirely fair, but the first to go is usually the coach. Desjardins does not have much to work with, but there is validity to the notion that he isn’t exactly getting the most out of the subpar collection of players he has to work with (HINT: player usage).

Tomorrow night, the #Canucks highlight #HockeyFightsCancer. Download a sign and tell us who you fight for. https://t.co/HEShOizfsv pic.twitter.com/L7xyt2Z3MT

Tonight’s game takes a back seat to something much more important. It is Hockey Fights Cancer Awareness Night in Vancouver. This is a night where fans, players, the Canucks, and it’s partners work together to raise money and awareness of this deadly and pervasive disease.

Who do you fight for?

I fight for my Uncle Gerard who passed away as a result of pancreatic cancer on November 1, 2009. He was 65 years-old.

3. Coyotes in a funk

The Coyotes have had an interesting season. When the biggest news is that the team is moving to a new arena in Tempe, you know things aren’t going so well on the ice.

Arizona currently sits last in the Pacific Division despite having a nice group of young players mixed with some cagey veterans. They have a record of 4-5-1 in their last 10 games.

The Coyotes are led by Radim Vrbata (Yes, Radim freaking Vrbata) with 6 goals and 5 assists through 15 games. Max Domi is tied with Vrbata for the team lead in points.

Keep your eyes on smooth skating defenceman, Oliver Ekman-Larsson. The 25-year-old from Karlskrona, Sweden is one of the NHL’s best.

Logically this is a good spot for the Canucks to catch a struggling team playing the second half of back-to-back nights, however, nothing comes easy for Vancouver. Expect a sloppy 4-2 Canucks loss to the Coyotes and a press conference the following day announcing a coaching change.

Remember that the most devastating Canucks loss pales in comparison to the real life struggles of those dealing with cancer. Go to HockeyFightsCancer.com and give support in any way you can.