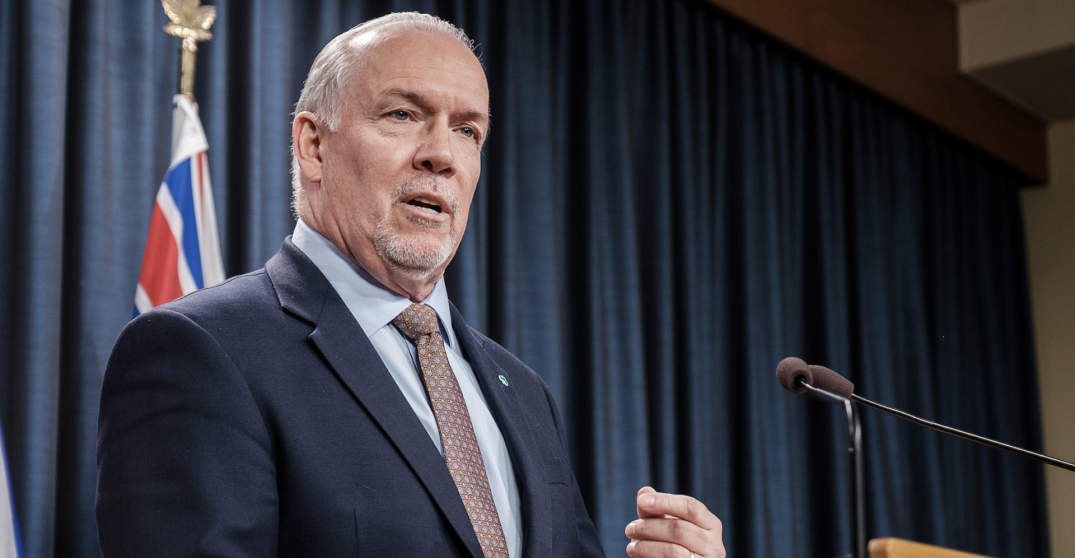 Premier John Horgan will take questions from the media this morning, following Tuesday’s record-high number of COVID-19 cases in BC.

Yesterday, BC saw a staggering 717 new confirmed cases of the virus, bringing the total number of recorded cases in the province to 23,661.

At the time of the last update, there were 6,589 active cases of coronavirus in the province and 10,960 people under active public health monitoring due to identified exposure to known cases.

Eleven new deaths were also announced, for a total of 310 deaths in British Columbia.

Horgan will be addressing the media at 10:30 am and the press conference can be viewed live on the Government of BC’s YouTube page, Facebook page, and on Twitter.

Health officials in British Columbia are also scheduled to provide a written update on COVID-19 on Wednesday afternoon.