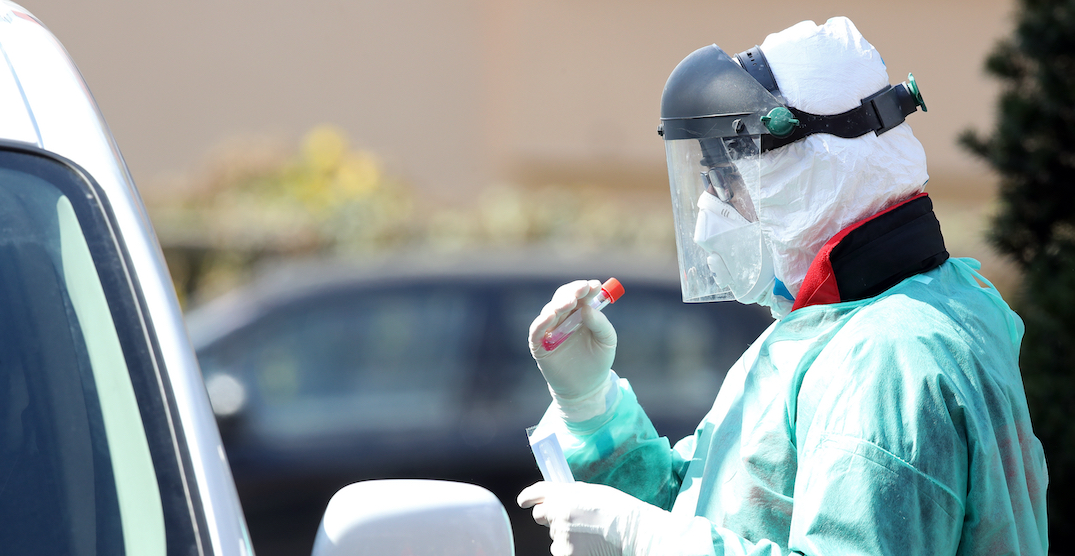 Health officials in British Columbia are scheduled to provide a written update on COVID-19 on Wednesday afternoon, following another record-high caseload.

In a written statement on Tuesday, officials announced 717 new confirmed cases of the virus, bringing the total number of recorded cases in the province to 23,661.

At the time of the last update, there were 6,589 active cases of coronavirus in the province and 10,960 people under active public health monitoring due to identified exposure to known cases.

Eleven new deaths were also announced, for a total of 310 deaths in British Columbia.

On Tuesday, Prime Minister Justin Trudeau also gave a strong warning on the virus’s detrimental effects, specifically for youth who may not be taking the pandemic seriously enough.

On Tuesday, Trudeau said that while the new information on vaccines from Moderna and Pfizer are promising, a vaccine “can only protect you once you’ve gotten the shot.”

“So until that happens, we all need to double down to get this second wave under control. And I’m particularly speaking to young people. This virus might seem like it’s more of a concern for your grandparents than for you, but even if you’re young and healthy, getting COVID-19 can be incredibly serious. It can leave you with heart and lung issues and cost you your life.”

The prime minister said that he wasn’t saying this to scare people, but that honesty of the situation needs to be confronted so that people fully understand the current situation.