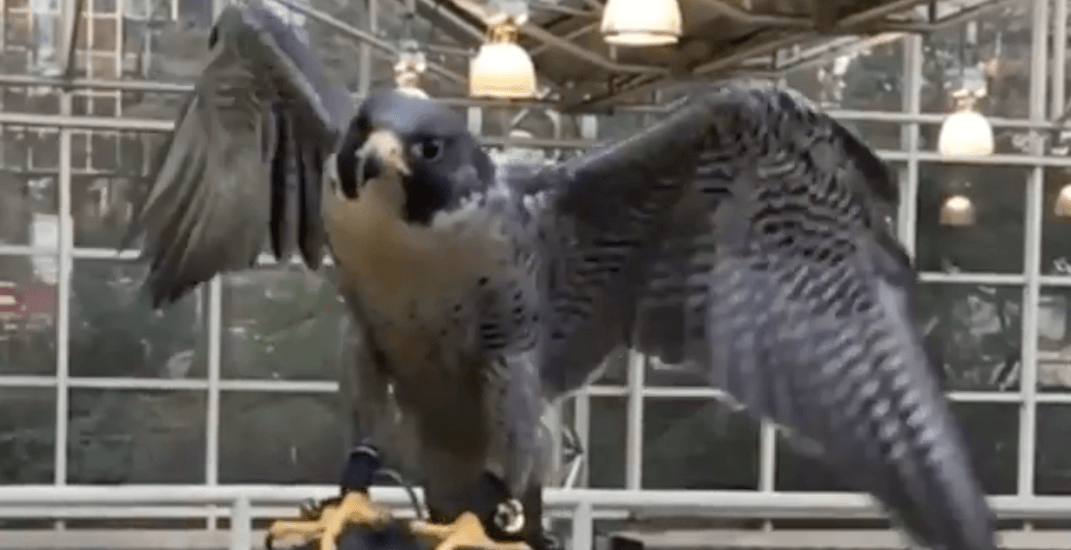 One of the predatory birds that will be at various SkyTrain stations. (YouTube screencap)

In what it says is an attempt to address “the long-standing pigeon problem at SkyTrain stations” across Metro Vancouver, TransLink is working on a plan to bring predatory birds to the problem areas as part of a new six-week-pilot project.

Specifically, TransLink said it has partnered with Maple Ridge-based predatory bird operation, Raptors Ridge, to bring predatory birds, falcons, and hawks to the various stations, “in order to change the habits of the pigeons and deter them from returning.”

The public transit authority said this is a necessary move, as pigeons pose “a health and safety risk to our customers, not only from the droppings they leave behind, but also from their habitual roosting in SkyTrain stations.”

In addition, pigeons flying in and out of the stations can “trigger guideway intrusion alarms and cause significant train delays.’

This is a further problem because “when an alarm is triggered, trains come to an abrupt stop, and if customers aren’t holding on, there is potential for personal injury.”

TransLink said it has tried various other options, but previous ideas have yielded “less than desirable results.”

And with other local organizations “achieving soaring results [with this plan], the falconry project was hatched.”

Check out the demo in the video below: