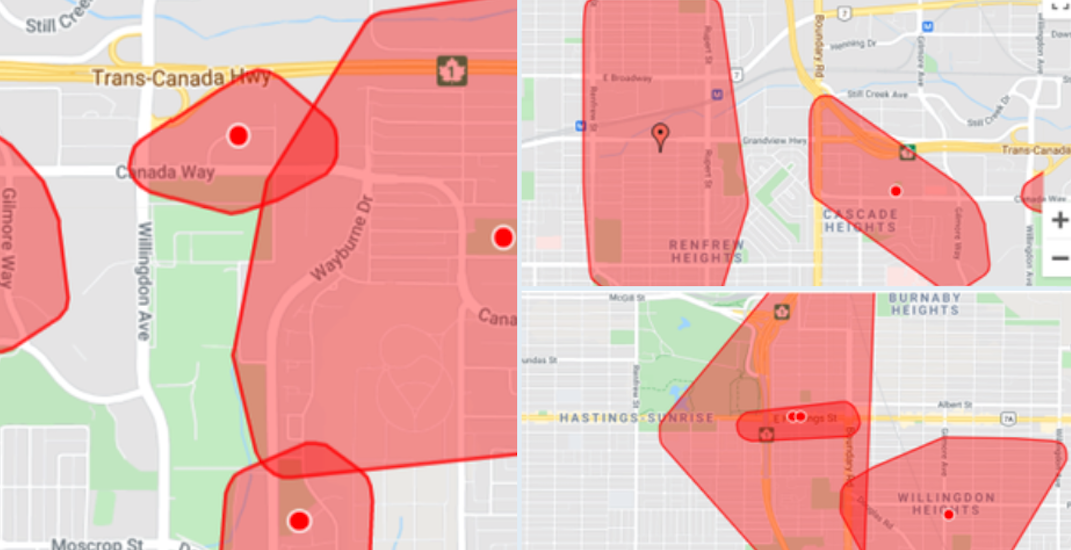 A power outage is currently affecting 10,000 people in part of Vancouver and Burnaby.

According to BC Hydro, crew are on scene and hoping to have power restored within the next half hour.

Crews are on site at an outage affecting 10,000 customers in #Vancouver and #Burnaby. They’re hoping to have power restored in the next 30 minutes and will be sharing updates here: https://t.co/euHSR2poOt pic.twitter.com/Xr8ihpfq8w

The outage is the second major one in the city in as many days, after a power outage on Wednesday morning affected 50,ooo people in Vancouver.

BC Hydro blamed that outage – which spanned north of King Edward Avenue, south of 6th Avenue, west of Cambie Street, and East of Arbutus Street – on a “transmission circuit failure.”

Crews said the cause of today’s outage “was caused by an issue at our substation,” but did not elaborate on what the issue was.