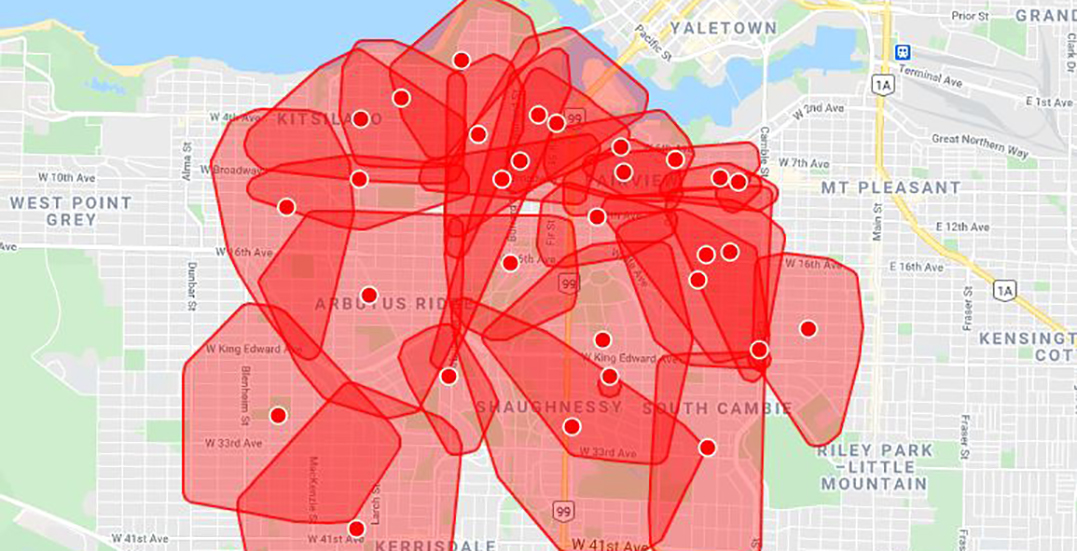 50,000 customers in Vancouver are currently without power. (BC Hydro/Twitter)

Update: Shortly after 10 am, BC Hydro announced that crews restored power to customers affected by the outage.

Crews have restored power to customers affected by the outage in #Vancouver. #YVR https://t.co/rfUNtIieJb

Original Story: A massive power outage is affecting tens of thousands of people across Vancouver.

BC Hydro announced the outage shortly after 9:30 am, saying that 50,000 customers are currently affected.

A crew will be heading out to an outage affecting 50,000 customers in #Vancouver. They’ll share updates here: https://t.co/MPN7b653bI pic.twitter.com/znIsk0MRmd

BC Hydro adds that power has been gone since 9:17 am, adding that the cause is likely a “transmission circuit failure.”

There is not yet an estimated time for when power will be restored.