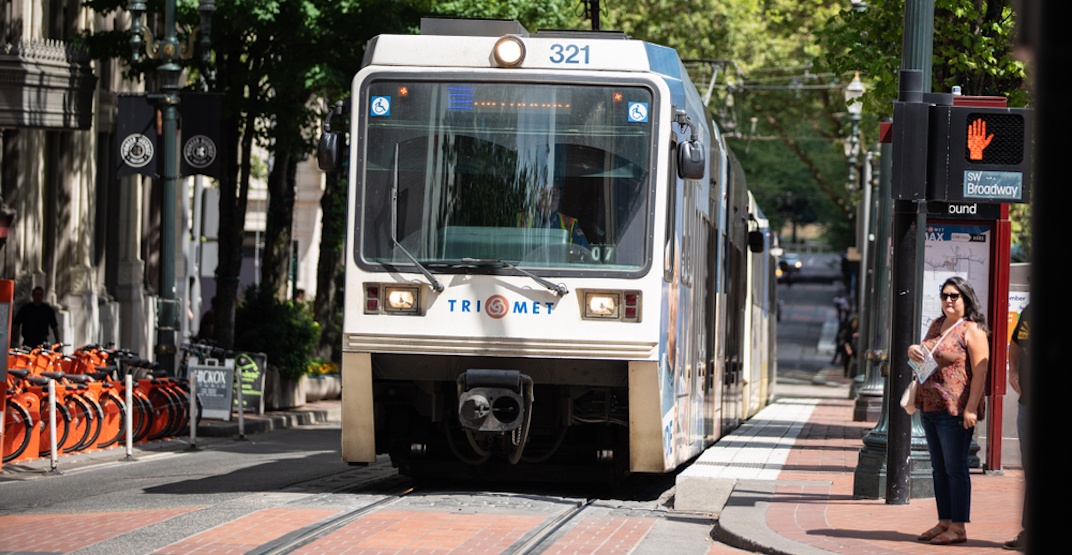 During the great street-level LRT debate of 2018 in Metro Vancouver, which culminated with the cancellation of the Surrey Newton-Guildford LRT project, light rail transit advocates often pointed to the success of systems such as Portland’s MAX LRT system.

While new zoning policies coupled with major transit investments have led to urban revitalizations in certain areas of Portland, ridership on the MAX LRT system has historically been relatively bleak when compared to SkyTrain in Vancouver.

The MAX has five lines (including one line ending at Portland International Airport), 97 kms of track, and 97 stations, but in 2018 it saw an average of just 121,000 daily boardings or ridership that is equal to about two 99 B-Line services combined. That works out to an average of about 1,250 passengers per kilometre of track or per station.

In fact, the busiest MAX LRT line is the Blue Line, which has an average daily ridership of 55,400 on 53 kms of track and 51 stations — equal to one 99 B-Line volume. The other four LRT lines each have a ridership ranging between 12,000 and 23,000 passengers per day, with the upper range equivalent to the ridership levels of Vancouver’s No. 25 UBC/Brentwood bus route, which is TransLink’s fifth busiest bus route.

Now compare MAX’s ridership with SkyTrain; with three lines, 80 kms of track, and 53 stations, SkyTrain’s average daily ridership reached 513,000 in 2018. This is equivalent to an average of 6,413 passengers per kilometre of track or 9,679 passengers per station.

The populations of both the Vancouver and Portland regions and the size of their public transit networks have grown significantly over the past two decades, but only Portland’s public transit ridership has stagnated.

There are numerous factors involved that explain the huge difference in ridership levels between cities, but one of the most significant factors is travel speed. MAX trains are far slower as they largely run at street level and go through streets and intersections, whereas SkyTrain is, of course, fully grade-separated and benefits from its driverless capabilities.

While some local LRT advocates hail closely spaced stations, the close-proximity of some stations on the MAX has been deemed by operators as another problematic factor for ridership, especially in the downtown area.

In a recent interview with Portland area publication Willamette Week, TriMet general manager of regional transit agency Doug Kelsey explained that he is fighting to speed up commutes and one of those ways is to close down four less-utilized, close-proximity LRT stations in downtown.

Kelsey previously held various positions at TransLink; prior to leaving TransLink in 2015, after the failed transit plebiscite, he was the general manager of BC Rapid Transit Company, which is the TransLink division that oversees SkyTrain and the West Coast Express.

“We need to speed the systems up so it takes less time to get to where you want to go on your terms,” Kelsey told the Willamette Week.

“We need to keep MAX moving, and move it faster. Compared to other cities, our dwell times are too long. We stop too long at stations. We need to remove the barriers in traffic.”

In contrast, SkyTrain’s on-time performance in recent years has ranged between 95% to 97%.