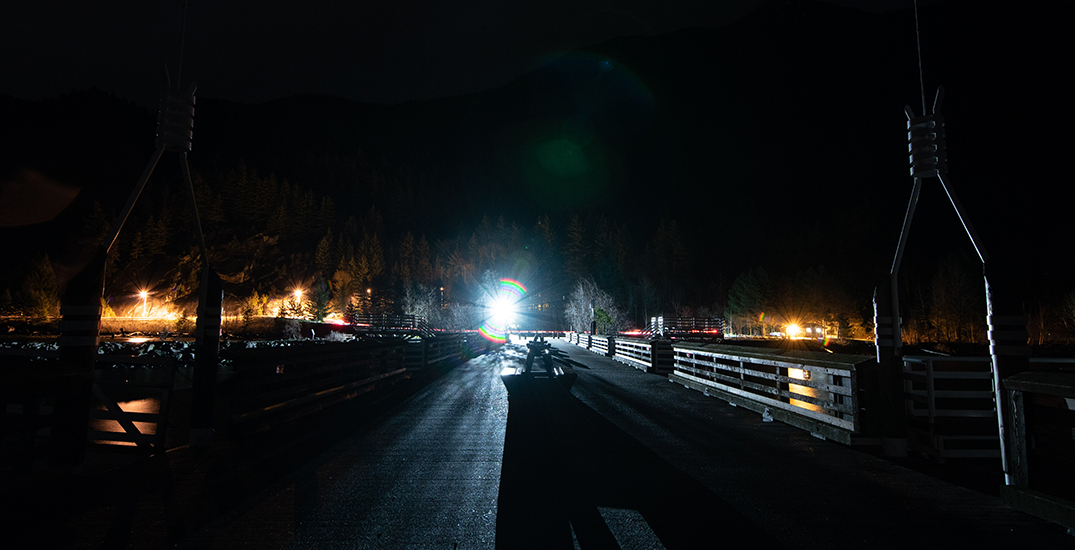 Stargazers say you used to be able to see the milky way framed by mountains, but this light prevents that. Photo courtesy of Joel Lagemaat

Some Metro Vancouver stargazers say a new light at Porteau Cove Provincial Park obscures the view of the night sky at the important stargazing destination.

Joel Lagemaat, an astro-photographer who enjoys night photography, said he drove past Porteau Cove on January 3 and noticed a strange light. When he went to investigate, he found a floodlight-type contraption pointed at the pier.

“If you’re standing out on the pier, any view to the east towards the mountains is just washed out by this bright light,” he said. 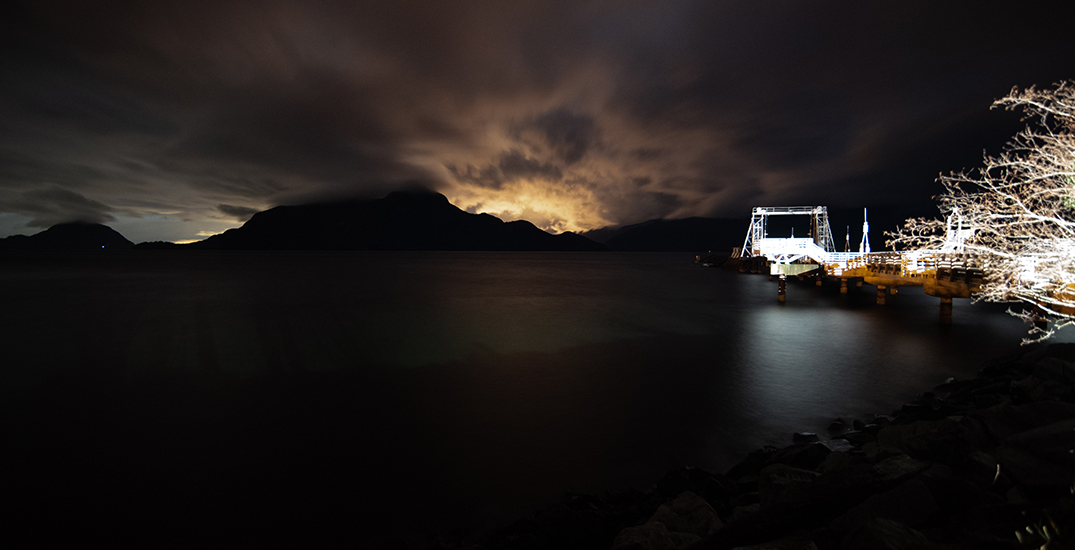 Stargazers need a dark environment in order to see the beauty of the night sky, he explained. Light pollution like this ruins the experience for them.

Leigh Cummings, light pollution chair for the Vancouver chapter of the Royal Astronomical Society of Canada, said the council is aware of the problem light at Porteau Cove. Its brightness, glare, and lack of an on/off switch present problems for stargazers.

“This light compared to the old one is absolutely horrible,” Cummings said. “You almost have to have someone hold a shade up for you when trying to look through a telescope.”

Porteau Cove is a key destination for Metro Vancouver stargazers, Cummings added, because it offers a dark and wide view of the night sky. To find a similar-quality viewpoint, he said you’d have to go as far as the Cariboo or Pemberton.

“There’s a community built around there. I’ve met a lot of different photographers just by randomly going to Porteau Cove,” Lagemaat added.

Cummings also said having a bright light close to the water could aggravate marine life. He explained fish are drawn to lights at night, and this light could bring them closer to the surface, where they’re an easier target for predators.

BC’s Ministry of Environment and Climate Change Strategy told Daily Hive there is a “standard street light” in the Porteau Cove parking lot. It’s there for park security and public safety, a spokesperson said.

Staff are looking into getting a dampener installed to direct the light downward and “mitigate light pollution while being mindful of public safety,” the spokesperson said.

Cummings and Lagemaat both suggested lighting alternatives such as low-level lights on the ground or a light with a timer on it.

“I’m hoping they’ll just go, ‘Oh, we made a mistake’ and want to fix it,” Cummings said.

Overall, RASC wants to have more parks in the province designated to Dark Sky Preserves or Urban Sky Parks. These locations meet standards for low light pollution and allow astronomers clear views of stars and planets in the night sky.