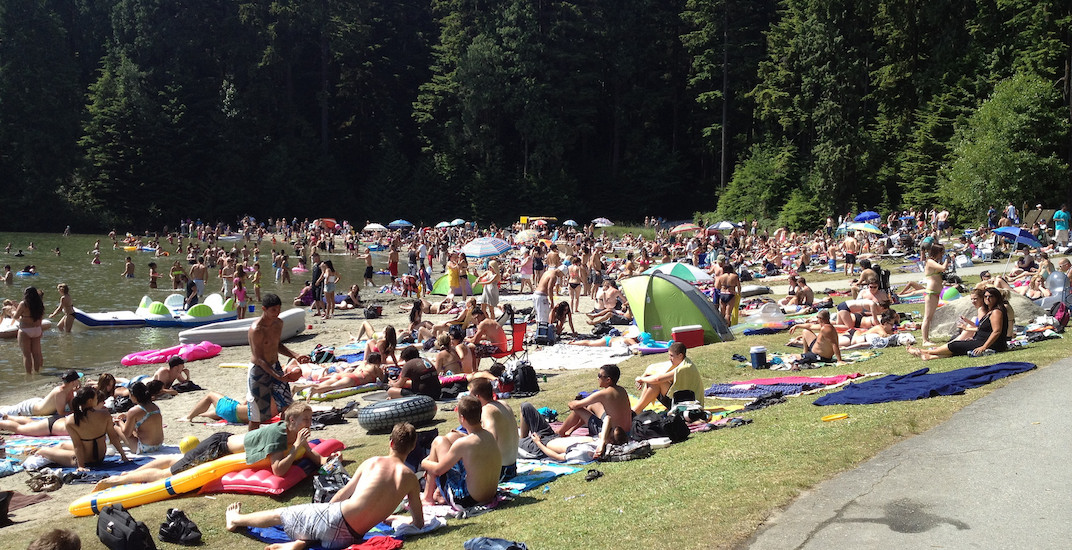 The lakes and other outdoor recreational activities and destinations in the Tri-Cities area have hit an all time high in popularity in recent years, and this has contributed to heavy local road congestion particularly during the busy summer months.

To address the seasonal issue and to accommodate future redevelopments in the area, the City of Port Moody is proposing to build a new connector road between the Ioco Lands to Inlet Centre – possibly through Bert Flinn Park.

This would supplement the two existing roadways – part of TransLink’s Major Road Network – that lead to Buntzen Lake and Sasamat Lake.

Ioco Road is currently the most direct route, running east-west along a four km distance on the north shore of Burrard Inlet. It also connects to the villages of Anmore and Belcarra.

The secondary existing route is more circuitous as it detours to Sunnyside Road before heading southeast via East Road, giving it a length of about 7.5 km. 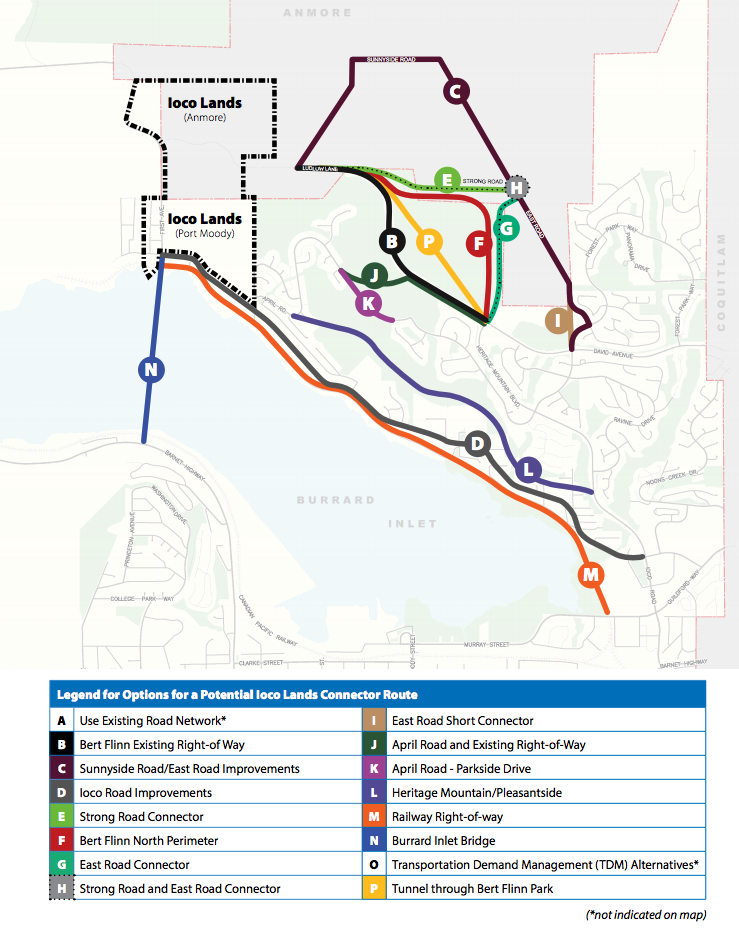 A total of 14 new road options were considered, and three options with a cost of up to $50 million are now being presented for serious consideration:

Options N and P in the initial analysis were eliminated early in the planning process over the projected high costs.

Option N of a new 1.5-km-long bridge over Burrard Inlet between Barnet Highway and 1st Avenue was eliminated not only due to the estimated $1 billion cost but also because of the lack of density to support the high capacity.

And Option P consisting of a tunnel through Bert Flinn Park at a cost of over $100 million was not considered due to the cost and the limited transportation improvements it would provide.

There are also two options of doing nothing; Option A would curb further density in the area and retain the existing road network while Option O would implement traffic demand management measures such as new transit services and incentives and parking restrictions.

The municipal government’s independent study warns “all options which bisect Bert Flinn Park have significant impact to the park and the environment.”

However, without a new connector road, it is anticipated 90% of traffic from a new development on the Ioco Lands would use Ioco Road.

Further density of about 500 single-family homes could be permitted through option B or H.

All the while, engineers forecast about half of the new traffic will still use the existing Ioco Road because it is the most direct and scenic option.

Note: Additional details have been added to this article.