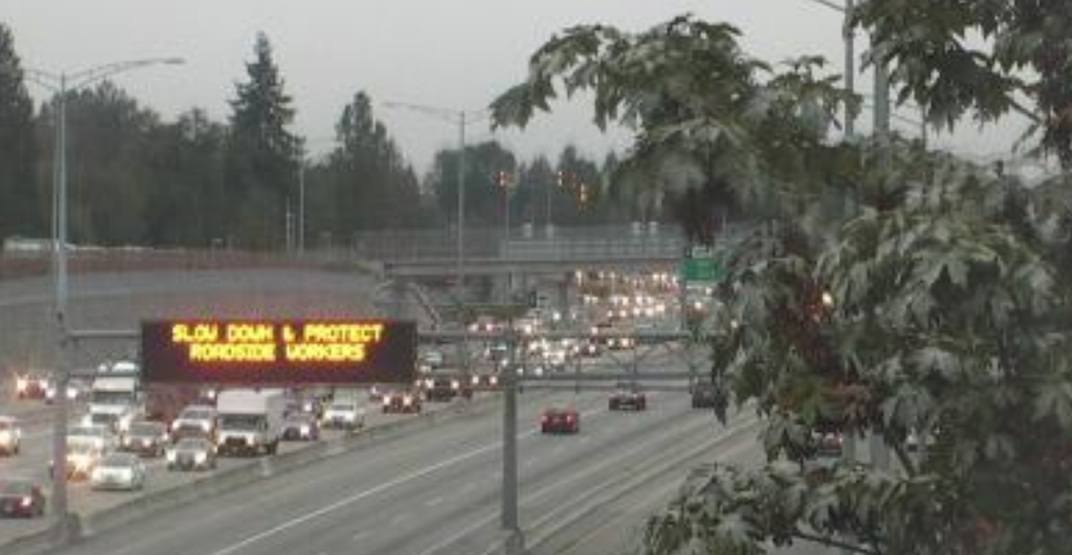 Congestion on the Port Mann Bridge due to a crash. October 10 ,2017. (Government of BC)

Commuters planning on taking the Port Mann bridge to work this morning may want to find a different route.

Up to 19 vehicles have been involved in multiple crashes westbound, just before the bridge, causing major delays.

The accidents took place in the Lougheed Highway exit lanes and the regular lanes.

The westbound lanes are now clear. But commuters should expect major delays due to heavy congestion.

Traffic is backed up to 176 St. It is best to avoid Highway 1 westbound at this time.

There have been a number of major collisions on this bridge since a decision was made to remove its tolls in late-August. In fact, the bridge now see about 30,000 additional vehicles per day.