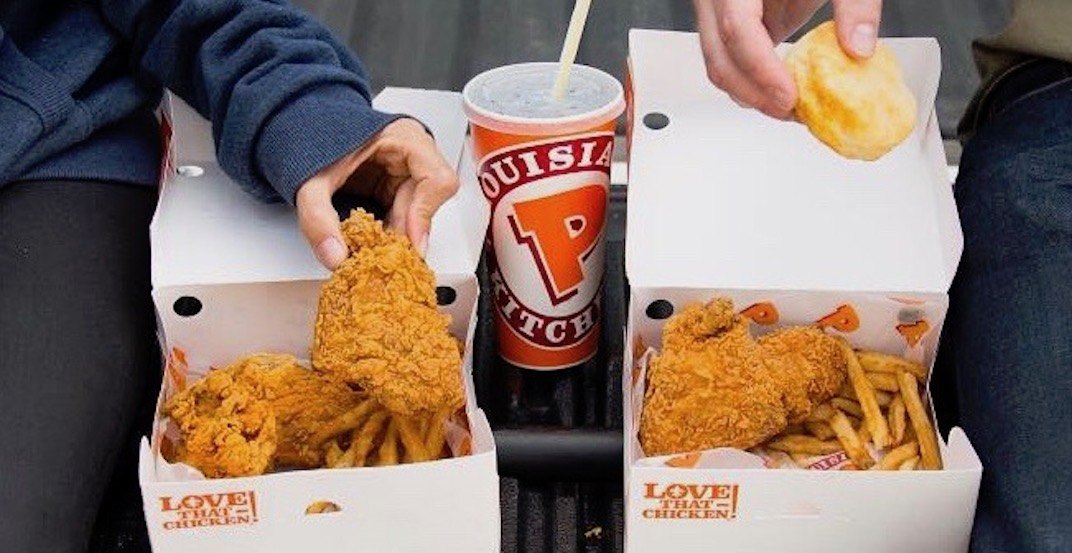 Alright alright alright, we know it’s been one hell of a wait for this spot’s legendary chicken, but we’ve got some news that might make fans of Popeyes agree that the grub has been totally worth the wait.

The American fast-food restaurant has a cult following and a ton of Canadian fans, and those folks in BC have been patiently anticipating the brand’s Port Coquitlam store (which would be the only operating location in the province), but there’s more to be excited about than just one spot on the west coast.

The operations manager at Popeyes Louisiana Kitchen told Daily Hive that the chain actually has plans for a BC-wide expansion – five locations, to be exact.

Port Coquitlam will still be the first to open in mid-December, but an outpost in Kamloops and two in Surrey are slated to arrive after that.

Popeyes told Daily Hive the fifth location is currently being finalized, but as soon as they fill us in, we’ll let you know.

Known for their drool-worthy eats like chicken, fries, and biscuits, this is big news for foodies who enjoy the New Orleans-founded eatery.